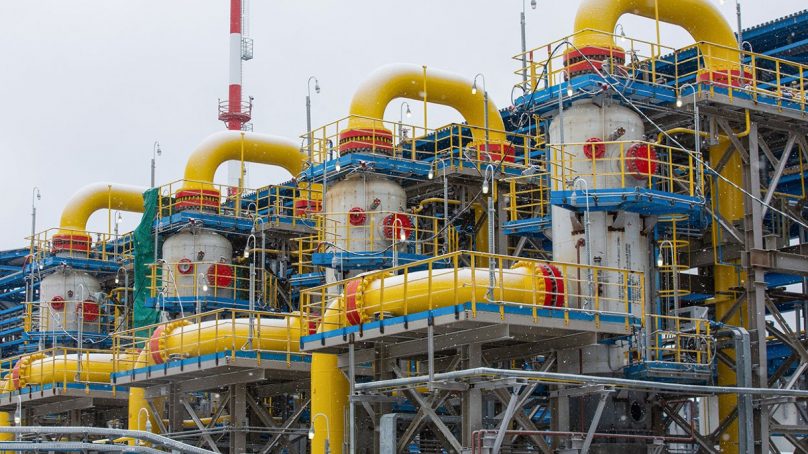 On February 22, Germany scuttled its approval of a newly built gas pipeline from Russia and is now planning to import liquefied natural gas from countries such as Qatar and the United States. Belgium is reconsidering its exit from nuclear power, while Italy, the Netherlands and the United Kingdom are all accelerating efforts to install wind power.

Fertiliser plants across Europe have announced they will scale back production, and 31 countries around the world have agreed to release oil from their strategic reserves.

Russia’s unprovoked invasion of Ukraine has roiled the markets and geopolitics of energy, driving oil and gas prices to their highest levels in nearly a decade and forcing many countries to reconsider their energy supplies. According to the International Energy Agency, Russia is the world’s largest oil exporter to global markets, and its natural gas fuels the European economy.

The United States, the European Union and others have imposed economic sanctions on Russia, and have announced plans to wean themselves off that country’s fossil fuels. But even as Russia’s bombs rain down on Ukraine, its oil and gas continue to flow to Western nations that have condemned the invasion.

This isn’t the first time that Russian military aggression has prompted world leaders to fret about energy security. Similar concerns arose when Russia invaded Georgia in 2008, and in 2014 when it invaded and then annexed the Ukrainian territory of Crimea.

The allure of cheap Russian energy proved too strong in the past, but this time might be different, says Veronika Grimm, an economist at the Friedrich Alexander University of Erlangen-Nuremberg in Erlangen, Germany. “We have a war at our backdoor,” she says. “It’s hard to avoid taking action.”

The war has prompted political leaders to rethink their energy plans, which could have profound impacts on a range of issues, from a burgeoning food crisis to global efforts to curb greenhouse-gas emissions.

Here, Nature takes a look at some of the choices the world faces, as well as potential repercussions that could play out over the course of years or even decades.

For now, the biggest question facing world leaders is how to sever their energy dependence on Russia. The United States and the United Kingdom were the first major countries to ban Russian oil, but neither depends heavily on these imports.

Moreover, the impact of such actions is minimal because Russia can simply redirect that oil elsewhere on the global market. An embargo would only work if the EU took part, economists say, because it would be difficult for Russia to quickly find new customers for the oil and gas it sends to Europe.

The EU imported around 40 per cent of its natural gas, more than one-quarter of its oil and about half of its coal from Russia in 2019. And despite bold promises about cutting ties with Russia, European nations have thus far opted for easy energy: the amount of Russian oil and gas entering Europe has actually increased since the war in Ukraine began.

Europe sent Russia around €22 billion ($24 billion) for oil and gas in March alone, according to Bruegel, a think tank based in Brussels. But that could change in the coming months, as countries implement plans to diversify their energy sources and reduce the flow of Russian oil and gas. Poland, for example, has announced it will ban all imports of Russian oil, gas and coal by the end of this year, and Germany and Austria are laying the groundwork for rationing natural gas.

The European Commission has released plans to curb imports of Russian gas by around two-thirds by the end of the year. That strategy relies largely on increasing imports of natural gas from abroad, and is it not clear whether individual nations in Europe will follow this plan.

On March 25, US President Joe Biden pledged to send more liquefied natural gas to Europe, and Germany has already signed a deal to import the product from Qatar. European officials have also been in talks with Japan and South Korea about redirecting liquefied natural gas that would otherwise go to those two countries.

The commission’s plan seeks to replace 101.5 billion cubic metres of Russian gas by the end of the year. Boosting imports to Europe from other countries could account for nearly 60 per cent of that reduction, and another 33% would come from new renewable-energy generation and conservation measures, the plan suggests.

“We need a portfolio of options to replace Russian gas and safeguard energy security in the short term,” says Simone Tagliapietra, an economist at Bruegel. That portfolio includes ramping up natural-gas imports to Europe, as well as increasing the use of coal-fired power plants to ensure that the lights stay on and houses remain warm next winter, he says. “And then we need to really double down on the clean energy transition.”

The energy crisis is particularly acute in Germany, which relies on Russia for roughly half of its natural gas and coal and for more than one-third of its oil. Germany’s immediate challenge is to reduce reliance on natural gas in the power-generation sector, which is further complicated by the country’s exit from nuclear power: its last three nuclear stations are scheduled to close down this year.