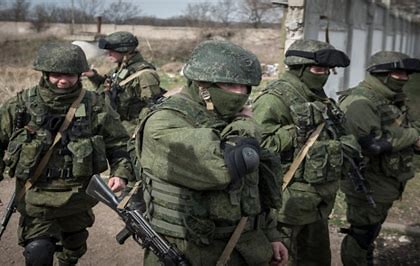 In Frederick Forsyth’s 1974 novel, The Dogs of War, a band of mercenaries slips into a small, fictional African nation at the direction of a Western tycoon bent on deposing the nation’s dictator to exploit valuable platinum.

The novel, and the 1980 movie based upon it, tells a violent tale that paints a stereotypical picture of mercenaries: cynical, amoral, highly trained, heavily armed, single-minded and beholden to those who pay them.

In Forsyth’s story, the small band of hired guns are veterans of other clandestine battles, operating through shadowy deals, selling their services to questionable benefactors.

The modern mercenary is more likely to operate under a corporate banner, sometimes with government ties, striking deals with legitimate administrations to crush insurgencies and end civil wars.

Mercenaries are about as old as war itself. Persia’s King Xerxes I is said to have employed Greek fighters in 484 BC. Soldiers for hire have populated many of history’s well-known wars, from the Balearic Islands shepherds who fought for Carthage during the Punic Wars against Rome, to the German auxiliary soldiers known as Hessians who fought for the British in the American Revolution.

Mercenaries also have deep roots in African warfare. Egyptian Pharaoh Ramses II is said to have used more than 10,000 mercenaries in the 13th century BC. Such fighters also were hallmarks of colonial and Cold War eras.

Maj. Michael “Mad Mike” Hoare, a British Army veteran of World War II, once was considered the world’s best-known mercenary. He fought at the behest of Congolese Prime Minister Moïse Tshombe against the communist-backed Simba rebellion in 1964, according to a February 2020 BBC obituary. His men became known as “The Wild Geese,” and a fictional movie was based on their exploits.

In 1981, Hoare’s career ended in embarrassment when he and 46 of his recruits tried to overthrow the socialist government of President France Albert René in the Seychelles. An airport blunder by one man revealed a disassembled AK-47. In an attempt to escape, the mercenaries commandeered an Air India plane back to South Africa, the BBC reported. A year later, Hoare and his men were tried in the hijacking. Hoare spent 33 months in prison.

Starting in 1961, well-known French mercenary Bob Denard led uprisings in Angola, the former Belgian Congo, Benin, Zimbabwe (then called Rhodesia) and several times in the Comoros, according to The New York Times. It was in that tiny island nation in October 1995 that French forces stormed the country to reverse his third coup there, marching the limping, gray-haired man out of the barracks outside the capital, Moroni. He died in 2007.

Some more modern incarnations of the “soldier of fortune” are likely to be employed by what are called private military companies (PMCs). These businesses, sometimes formed by veterans of national militaries, can provide anything from logistics and training to lethal force on the battlefield.

They have been a steady presence in Africa for at least a generation, selling their services in high-profile conflicts all over the continent. Their use fuels ongoing debates about accountability. PMCs coming in from outside raise difficult questions about foreign motives and exploitation of African nations and their valuable resources.

Mercenary is a term often applied to anyone working in a military or security context outside of a state military or police institution. But there are distinctions that should be noted when looking at those hired to perform functions traditionally reserved for the military.

Here are some useful definitions:

Mercenaries: This term typically applies to individuals who sell their services to fighting forces or causes as freelancers. They take part directly in hostilities, do so for private gain and for sums typically exceeding those paid to combatants in the armed forces, according to international humanitarian law. They are not nationals or residents of territories controlled by parties in the conflict and are not sent by non-party nations as members of their armed forces.

The 1989 International Convention Against the Recruitment, Use, Financing and Training of Mercenaries forbids the recruitment and use of mercenaries. Thirty-seven nations are parties to the treaty, including 10 African nations: Cameroon, Equatorial Guinea, Guinea, Liberia, Libya, Mali, Mauritania, Senegal, the Seychelles and Togo. Five others – Angola, the Democratic Republic of the Congo, Morocco, Nigeria and the Republic of the Congo – have signed, but not ratified the treaty.

Auxiliaries: These fighters are organised differently from regular military forces and might consist of troops from foreign or allied nations that serve another nation at war. An example of this would be the Hessians used by the British in the American Revolution.

Also, auxiliaries can include local fighters recruited to serve with colonial troops. For example, French colonial forces used Muslim fighters known as Harkis during the Algerian War of Independence from 1954 to 1962.

Private Military Companies: This is the more modern version of what commonly are called mercenaries. PMCs, sometimes called private military security companies, are legal entities, unlike true mercenaries. However, their use is controversial and often raises questions about accountability and actual or potential abuses. Various countries take differing positions on the use of PMCs.

A PMC is a private business that typically has several characteristics. First, it sells its services to national governments, international groups and other actors. Those services can include guarding convoys, buildings and personnel; maintaining and operating weapons; overseeing detainees; and advising and training local security forces, according to the International Committee of the Red Cross.

Sometimes, these groups engage in “direct, tactical military assistance” to include combat on the frontlines of a conflict, according to American scholar and political scientist Peter W. Singer. Sometimes, services include intelligence, logistics and maintenance.