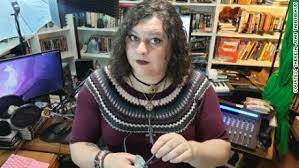 In an effort to expand inclusivity for transgender researchers, some scientific publishers and societies worldwide have adopted policies that allow rapid and discreet author name changes to be made on digital editions of published works. These include research articles, conference papers, books and book chapters.

Some publishers are also extending the name-change option to anyone else who might seek it.

The policy changes grew out of the work of a group of transgender scientists who sought to raise awareness of the need for name changes while developing guidance on how to craft inclusive policies on those changes.

Spearheading the effort is Theresa Jean Tanenbaum, an informatics researcher at the University of California, Irvine. Tanenbaum wrote an opinion article for Nature last July arguing that journals and other scientific publications need to let transgender scholars correct their names after they have transitioned.

On 29 June, Springer Nature announced its own name-change policy, which allows transgender researchers to change an author name on a publication “silently and safely” and extends the option to other authors, including those who change their name for religious reasons.

Tanenbaum, who argued in her article that it is traumatic for many transgender individuals to be known by their former names, described her largely unsuccessful early efforts to reach out to 15 publishers and some editors to try to change author names on 83 articles – peer-reviewed conference papers, magazine articles and books or book chapters – all of which she had written or co-written.

In her Nature article, she also argued that some scientists might face repercussions, including harassment and physical threats, if their status were disclosed without their permission. Also, non-matching author names can make it harder for transgender researchers to lay claim to their own professional accomplishments, she wrote.

“This was a safety issue, a personal-equity issue and a labour issue,” Tanenbaum says. “And I was going up for tenure: my publication record did not match my tenure materials.”

Other scholars echo Tanenbaum’s concerns. A former academic neuroscientist who now works in industry, and wishes to remain anonymous, was completing her transition when she realised that she wanted to change her author bylines on published works. “I am a woman and a transgender woman. I want my professional accomplishments to reflect who I am,” she says.

The researcher reached out to her publisher, Rockefeller University Press (RUP) in New York City, which updated her author name on her online published studies. Partly as a result of her request, RUP announced on June 10 that it had formulated a policy for name changes. The company will accommodate requests for name changes “at any time and for any reason including changes to gender identity, marriage, divorce, religion, or other personal circumstances”, the press release says.

RUP also promised to make changes confidentially, without a formal correction or notification to co-authors. “The new policy helps ensure there’s a more inclusive and diverse culture within scholarly publishing,” says Susan King, executive director of RUP. “This is something publishers are taking on, and I think they should.”

One influential organization that has weighed in on post-publication name changes is the Committee on Publication Ethics (COPE), a non-profit body that promotes integrity in scholarly research and publishing, with publishers around the world as members.

Tanenbaum is among a group of transgender scientists who began working with COPE in 2020 to develop guidance for publishers seeking to implement a name-change policy.

In January, COPE released a statement of principles advocating for name change and describing in a general way how name-change policies should be crafted. Among the COPE principles: post-publication name changes should be available without delay to transgender researchers and others, and should be made discreetly and without the author having to produce legal evidence of a name change.

COPE members are not required to implement this guidance, but COPE’s statement of principles in January seemed to speed up action, Tanenbaum says. “That was an inflection point,” she says. “Since January, there’s been an exponential explosion.”

Consistency is a challenge for publishers who want to adopt similar policies, says Ed Gerstner, director of journal policy and strategy at Springer Nature. He cites the need for uniformity across Springer Nature’s many products, including magazines, books, journals and conference proceedings.

Rob O’Donnell, RUP’s director of publishing technologies, says that changing an author’s name on a publication can be done quickly, and that the name change prompts an automatic update to platforms such as Crossref and PubMed.

But search engines and other indexes might need time to reflect the change, Tanenbaum notes. PDF documents can complicate the issue; many publications and organisations have resisted changing these documents because they are considered the historical article of record, and because they are sometimes subpoenaed in their original form in intellectual-property cases.

But when they remain unchanged, other problems can arise, Tanenbaum says; for example, a student who downloads a research paper in PDF form from a digital library might deduce and disclose a professor’s transgender status – information that could be used abusively.

Tanenbaum’s assignments for her students often include her own studies in PDF format. In one case, her student found and cited research from PDFs under her past name (referred to by many transgender people as their ‘deadname’).

Although she did not think the student was deliberately trolling her, the effect was traumatic. “My two main concerns in that situation were that I was trying to manage my own trauma response, and that the student had posted the essay to our classroom Slack channel,” she recalls. “I didn’t want my deadname to further circulate within the class.”

One potential solution, according to Tanenbaum, is to keep original PDFs in an archive that is not accessible to the public but could be tapped in response to a subpoena. Some publishers recommend that researchers use the ORCID platform to store their works; it offers a unique numerical identifier and registry where scholars can gather all their work under the name of their choice.

Having autonomy over a name is no small matter, according to many transgender scholars. The former neuroscientist, whose request for an author name change helped prompt RUP to craft a new policy, says that she felt instant relief once she learnt that her new name had replaced the former one. “I created an ORCID number. I downloaded all the papers,” she says. “I looked at them, and I was happy.”