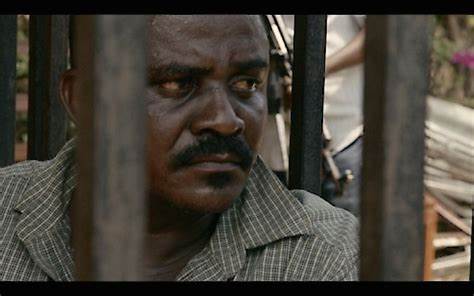 When a Tanzanian court overturned the conviction of a notorious wildlife poacher and ivory trafficker Boniface Matthew Malyango mid-last year, conservationists held their breath. Years of tracking down and assembling the evidence and the resources that were committed to the protection of wildlife and the environment had been dealt a blow by the stroke of the pen.

The arrest and conviction in 2017 of Malyango, known in the underworld by the moniker Shetani Hana Huruma (the ‘Devil is Merciless’ in Kiswahili), was hailed by conservation organisations as a victory, with Shetani described as one of the “biggest ever illegal ivory traders” in East and Central Africa.

Hopes of a breakthrough were three years later quashed when he was absolved from any wrongdoing when his conviction was quietly overturned in mid-2020. Curiously, the matter went largely unreported by the press, raising suspicion of a cover up.

Likewise, says Global Initiative Against Transnational Organised Crime (GI-TOC) in a report that the law seemed to biting again when Malyango’s associate Mateso ‘Chupi’ Kasian was extradited from Mozambique to Tanzania in 2017 to face prosecution in what was seen as a major victory for regional cooperation against wildlife trafficking.

GI-TOC says in a report released early this month that hopes of reining in poaching were dashed after Kasian’s prosecution resulted in a paltry Tsh500 000 ($215) fine. The fine, the investigative report that took more than two years to complete says, was “a small sum compared to the enormity of the trafficking operation he supposedly controlled.”

“Both cases highlight the significant challenges that major wildlife trafficking investigations often face, including corruption, delays in prosecution and poor evidence handling. Support and political pressure from international partners and non-governmental organisations have primarily focused on arrests and initial prosecutions, rather than on the follow-up to legal cases,” the report says.

Shetani became globally infamous as a result of the Leonardo DiCaprio-produced documentary The Ivory Game and was reputed to have killed or ordered the killing of up to 10,000 elephants and to have controlled poaching gangs in Tanzania, Burundi, Mozambique, Zambia and Kenya.

He was arrested with his two brothers in October 2015 in Tanzania and convicted in 2017 on charges of “leading organised crime” and “unlawful dealing in government trophies.”

The particulars of the case charged Shetani with collecting, transporting and selling 118 elephant tusks worth almost $1 million. He and his brothers were sentenced to 12 years in prison.

The verdict of the court elated conservationists who welcomed Shetani’s conviction as a sign that Tanzania was taking a stance on ivory trafficking.

“This prosecution sends out a strong message that Tanzania’s authorities are taking [poaching] seriously and are working to eliminate poaching in the country,” said WWF-Tanzania country director Amani Ngusaru in a statement at the time.

The elation was short-lived when on June 18, 2020, the Court of Appeal of Tanzania in Dodoma secretly quashed the convictions of Shetani and his brother Lucas Mathayo Malyango. The matter was not covered the media, raising questions about the secrecy of the prosecution and ruling.

According GI-TOC, the initial prosecution had relied on three key pieces of evidence, namely a confession that Shetani made to police officers upon his arrest that he was involved in the ivory trade. The other one was a caution statement where he again confessed to police how he used special compartments in his modified cars to transport pieces of ivory.

The third was the physical evidence taken from Shetani’s car in which a whitish substance had been found that was determined by a sniffer dog and then by chemical analysis to be ivory shards.

The report explains, “In an appeal to the High Court, the first appeal judge had expunged the caution statement on grounds that it was not properly determined that it was given voluntarily. In the Court of Appeal hearings, the state attorney conceded that this caution statement was presented by the prosecution in the hope that it would prove that Malyango dealt in the 118 ivory tusks in question. It was, in short, a key piece of evidence connecting Malyango to a criminal enterprise.”

According to the Court of Appeal judge, the physical evidence from the sniffer dog and chemical analysis, showing ivory shards found in the car, would also have to be discounted.

“The chain of custody of the car had been broken since it was searched only several hours after the car was seized, after it had been driven to a police station in Dar es Salaam,” the report quotes the judge.

The Court of Appeal judge also ruled that, while Shetani’s oral confession to police was admissible evidence, it was not enough for a conviction by itself. Without the physical evidence from the car, the judge found that there was insufficient proof that Shetani was part of an organised crime group involved in the collection and sale of the ivory in question.

According to Shamini Jayanathan, a Kenya-based criminal barrister working on illegal wildlife trafficking, the appeal judgment points out several major evidential problems: a lack of forensic examinations, issues with chains of custody in key evidence and the over-reliance on confessions.

“The basics of ‘points to prove’ seem to have been missed with no evidence adduced of key elements of the offence, such as transport, collection or sale of the ivory,” says Jayanathan. In the lawyer’s view, the mistakes stem from police training.

“In my experience, there is very little training done on interviews of suspects and the need to build a   case regardless of what a suspect may say. There are no measures of recording of interviews or codes of practice regarding treatment of suspects (and ideally, video recording of their interviews in police detention) to contradict allegations of mistreatment or pressure,” she explains.

Where international support and mentoring is provided for wildlife trafficking cases, this is primarily focused on wildlife agencies and not the national police. Other experts monitoring wildlife trafficking cases in East Africa also argued that the other elements of the case that posed problems – such as presenting testimony from sniffer dog handlers or maintaining proper chain of custody over physical evidence – also indicate issues with police training.

Shetani has since been released from custody, as his conviction has now been quashed by the highest court in Tanzania.