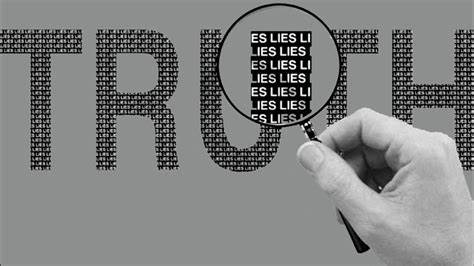 Police thought that 17-year-old Marty Tankleff seemed too calm after finding his mother stabbed to death and his father mortally bludgeoned in the family’s sprawling Long Island home. Authorities didn’t believe his claims of innocence and he spent 17 years in prison for the murders.

Yet in another case, detectives thought that 16-year-old Jeffrey Deskovic seemed too distraught and too eager to help detectives after his high school classmate was found strangled. He, too, was judged to be lying and served nearly 16 years for the crime.

One man was not upset enough. The other was too upset. How can such opposite feelings both be tell-tale clues of hidden guilt?

They’re not, says psychologist Maria Hartwig, a deception researcher at John Jay College of Criminal Justice at the City University of New York. The men, both later exonerated, were victims of a pervasive misconception: that you can spot a liar by the way they act. Across cultures, people believe that behaviours such as averted gaze, fidgeting and stuttering betray deceivers.

In fact, researchers have found little evidence to support this belief despite decades of searching. “One of the problems we face as scholars of lying is that everybody thinks they know how lying works,” says Hartwig, who co-authored a study of non-verbal cues to lying in the Annual Review of Psychology. Such overconfidence has led to serious miscarriages of justice, as Tankleff and Deskovic know all too well.

“The mistakes of lie detection are costly to society and people victimised by misjudgements,” says Hartwig. “The stakes are really high.”

Psychologists have long known how hard it is to spot a liar. In 2003, psychologist Bella DePaulo, now affiliated with the University of California, Santa Barbara and her colleagues combed through the scientific literature, gathering 116 experiments that compared people’s behaviour when lying and when telling the truth.

The studies assessed 102 possible non-verbal cues, including averted gaze, blinking, talking louder (a non-verbal cue because it does not depend on the words used), shrugging, shifting posture and movements of the head, hands, arms or legs. None proved reliable indicators of a liar, though a few were weakly correlated, such as dilated pupils and a tiny increase – undetectable to the human ear – in the pitch of the voice.

Three years later, DePaulo and psychologist Charles Bond of Texas Christian University reviewed 206 studies involving 24,483 observers judging the veracity of 6,651 communications by 4,435 individuals. Neither law enforcement experts nor student volunteers were able to pick true from false statements better than 54 per cent of the time – just slightly above chance.

In individual experiments, accuracy ranged from 31 to 73 per cent, with the smaller studies varying more widely. “The impact of luck is apparent in small studies,” Bond says. “In studies of sufficient size, luck evens out.”

This size effect suggests that the greater accuracy reported in some of the experiments may just boil down to chance, says psychologist and applied data analyst Timothy Luke at the University of Gothenburg in Sweden. “If we haven’t found large effects by now,” he says, “it’s probably because they don’t exist.”

Common wisdom has it that you can spot a liar by how they sound or act. But when scientists looked at the evidence, they found that very few cues actually had any significant relationship to lying or truth-telling. Even the few associations that were statistically significant were not strong enough to be reliable indicators.

Police experts, however, have frequently made a different argument: that the experiments weren’t realistic enough. After all, they say, volunteers – mostly students – instructed to lie or tell the truth in psychology labs do not face the same consequences as criminal suspects in the interrogation room or on the witness stand.

“The ‘guilty’ people had nothing at stake,” says Joseph Buckley, president of John E. Reid and Associates, which trains thousands of law enforcement officers each year in behaviour-based lie detection. “It wasn’t real, consequential motivation.”

Samantha Mann, a psychologist at the University of Portsmouth, UK, thought that such police criticism had a point when she was drawn to deception research 20 years ago. To delve into the issue, she and colleague Aldert Vrij first went through hours of videotaped police interviews of a convicted serial killer and picked out three known truths and three known lies.

Then Mann asked 65 English police officers to view the six statements and judge which were true, and which false. Since the interviews were in Dutch, the officers judged entirely on the basis of non-verbal cues.

The officers were correct 64 per cent of the time – better than chance, but still not very accurate, she says. And the officers who did worst were those who said they relied on non-verbal stereotypes like “liars look away” or “liars fidget.”

In fact, the killer maintained eye contact and did not fidget while deceiving. “This guy was clearly very nervous, no doubt,” Mann says, but he controlled his behaviour to strategically counter the stereotypes.

In 1990, five young men were convicted of raping a jogger in New York’s Central Park the year before, after police disbelieved their claims of innocence. The men, popularly known as the Central Park Five, were completely exonerated of the crime and released in 2002 after years in prison.

In a later study, also by Mann and Vrij, 52 Dutch police officers did no better than chance at distinguishing true and false statements given by family members who’d murdered their relatives but denied it in anguished displays during televised press conferences used in the study.

Notably, officers who performed the worst were those who felt that the emotional displays were genuine. But what did that signify? “If a husband killed his wife, he could be upset for all kinds of reasons, like remorse or getting caught,” says Mann. “Non-verbal behaviour is so idiosyncratic. If you focus on the nonverbal behaviour like emotions, you will trip up.”

Confirming these results on a large-scale years later, Hartwig and Bond reviewed the literature for studies comparing people’s abilities to detect high- and low-stakes lies. They found no evidence that people were any better at detecting lies told by criminals or wrongly accused suspects in police investigations than those told by laboratory volunteers.

From serial killers to students fibbing in laboratory experiments, the lies in all these experiments were spoken. In a study published in 2019, Mann examined non-verbal deceit, such as when someone is trying to conceal illicit activity – a type of deception relevant to detecting bombers or smugglers.

She recruited 52 university student volunteers and asked half of them to transport a laptop said to contain sensitive photographs on a ferry ride between two cities.