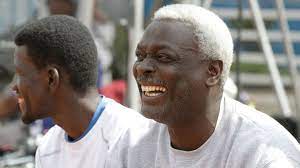 This year’s Africa Cup of Nations will be won by a team either from north Africa or west Africa, predicts Police Football Club coach John ‘Bobby’ Ogolla. But in Kenya, the football fraternity is still bitter with the federation.

With just four days to Afcon kick off in Yaoundé, Cameroon, on January 9, Ogolla reflected on the Kenya national team Harambee Stars ‘misadventure’ in the competition, saying deliberate mismanagement and entrenched chauvinism explains Kenya’s absence in the continental showpiece it had been largely favoured to qualify for after drawing away to continental powerhouse, Egypt, in Cairo.

Reflecting on the situation in Kenya, which suspended Federation of Kenya Football (FKF) president Nick Mwendwa described as devoid of quality talent, Ogolla says the indifference pervades the sports to all levels, down to the grassroots as a result of chauvinism and unstinted greed.

FKF over the years has been described as a coterie of penny pinchers only keen on bulking their bank accounts at the expense of the sport – particularly player development. The more condescending football fans have tagged it “gang of robbers”.

The football legend explains that the failure to qualify for the Africa Cup of Nations is down to disinterest by those given the mandate manage the sport.

Speaking to Tell Television at the Moi Kasarani Sports Complex where Police FC trains, Ogolla explained that Harambee Stars, was handled amateurishly by suspended Nick Mwendwa. Mwendwa is under investigation on allegations of theft of large amounts of money.

“We have the talent. We also have the required the technical and professional ability to deliver good results internationally if the federation put its house in order and concentrated on football development instead of pursuing personal interests as has been the case,” Ogolla, arguably Kenya’ best stopper ever, who also turned out for one of the country’s football powerhouses, Gor Mahia FC.

In a back-four that also included Josephat Murila, Mickey and George ‘Virgo’ Otieno with Mahmoud Abbas in goal, Harambee had arguably one of the toughest defences in Africa in from the late 1970s to the early 1990s.

Kenya was bundled out of the running for a slot in this year’s finals after it was inexplicably lost away to Comoros. This was after coach Francs Kimanzi was replaced with Jacob Ghost Mulee. No explanation was given for the shuffle on technical bench, a change Ogolla says has been the trend in Kenya since the East African first qualified for the tourney in 1972, also held in Cameroon. The other teams in the finals held in capital Yaoundé and Douala were Cameroon, Congo, Kenya, Mali, Morocco, Togo, Sudan (holders) and Zaire.

In the 1972 edition, Kenya was coached and captained by fullback Jonathan Niva after head coach Eckhardt Krautzun abandoned the team, citing persistent interference in his work by football administrators. Bobby Ogolla, nicknamed Six-Million-Dollar-Man by admirers, says this was the case in the run-up to this year’s edition.

Since Kenya began taking part in association football in the past 65 or so years, he observes, the country has had more than to 40 coaches.

“In the same period, German has had less than 10 coaches. The difference in success is there for all to see. German has won the World Cup several times. Stability on the technical bench brings with it assurance in the team in addition to instilling discipline and accountability,” observes Six-Million-Dollar-Man.

After making a promising start in Cairo, where it held Egypt to 1-1 Harambee Stars technical bench and squad shuffled, raising suspicions that the federation was influenced to throw away the matches by a betting firm.

The allegations have never been verified and Ogolla denied knowledge of any untoward conduct by FKF honchos.

“The example that was set by Bernard Zgoll is there for all to see. Success in sports comes with investment, not pursuit of personal interests. Zgoll set up Olympic Youth Centres that later became useful talent development pools.”

As has been the tradition, Zgoll was forced out of the country FKF (then called Kenya Football Federation – KFF), when football administrators demanded instant results. It is on record that the structures set up Zgoll accounts for talent development that resulted in Harambee Stars winning the first Cecafa Senior Challenge Cup in 1975.

Zgoll’s successor, coach Marshall Mulwa, inherited the footballers who went on to win the Senior Challenge Cup back-to-back in 1981, 1982 and 1983.

Ogolla observes, “This is where top teams like AFC Leopards and Gor Mahia tapped good players and went on to dominate football in East and Central Africa. The two teams also did well in continental competitions, with Gor Mahia winning the Mandela Cup in 1987.”

He says the collapse of the structures founded by Zgoll was the beginning of the decline of Kenya’s football. Added to that, he says, narrow-mindedness crept into what was already a toxic atmosphere. Good as he was, Ogolla has never played in the Cup of Nations.

“I was in the team that had been assembled by Reinhardt Fabish in 1992. Up now, I have never been told why former goalkeeper Mahmoud Abbas and I were dropped from the team. Fabisch went to German and when returned he found that we had been axed. No reason was given. This gives insights into how the national football team and clubs are handled. There is total lack of professionalism in the football management,” the football legend recalls.

After Harambee Stars was bundled out of the 2022 African Cup of Nations qualifies, Nick Mwendwa came under fire for claiming that Kenya does not have quality players who can compete with the rest of Africa.

“Mwendwa should been forced to resign. We have the talent but its development has been ignored. He absconded responding and apportioning blame where there exists none. The country needs serious leadership and good results will follow immediately,” the coach observes.