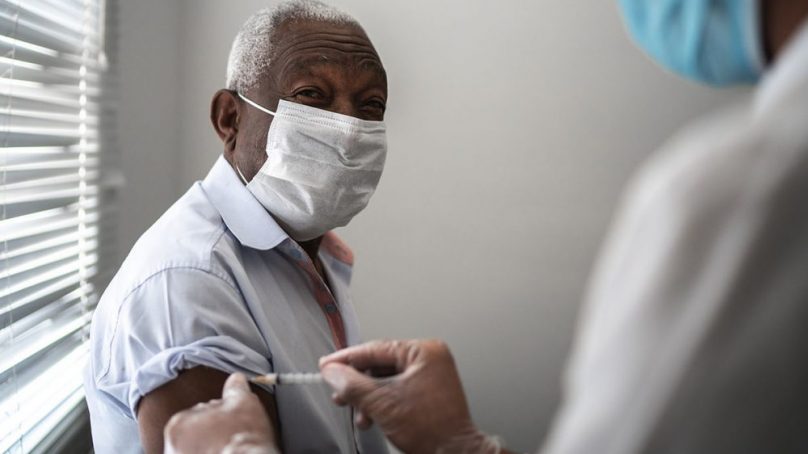 First billion Covid jabs reached, but Blacks account for only a small fraction

The world has reached the milestone of administering one billion doses of COVID-19 vaccines, just four months after the World Health Organization (WHO) approved the first vaccine for emergency use, and roll-outs began in countries such as the United States and the United Kingdom.

The speed at which they have been administered is remarkable, but unequal distribution of the vaccinations highlights global disparities, say researchers.

“It is an unprecedented scientific achievement. Nobody could have imagined that, within 16 months of the identification of a new virus, we would have vaccinated one billion people worldwide with a variety of different vaccines, using different platforms and made in different countries,” says Soumya Swaminathan, the WHO’s chief scientist, based in Geneva, Switzerland.

The uneven distribution of vaccinations, both within and between nations, threatens to slow progress towards this goal. “It’s absolutely amazing that in a short time we developed multiple vaccines and gotten a billion doses administered, but the way it’s happened has worsened inequities around the world,” says Krishna Udayakumar, associate director for innovation at the Duke Global Health Institute in Durham, North Carolina.

About three-quarters of all doses have gone to just 10 nations. China and the United States alone account for nearly half of all the doses given out, but just two per cent have gone to the entire continent of Africa.

Ensuring global vaccine equity is a matter of self-interest for high-income countries in beating the pandemic, says Peter Hotez, a vaccine scientist at Baylor College of Medicine in Houston, Texas.

“You can’t do that with under a dozen countries fully vaccinated,” he says. “In terms of saving lives and restoring the global economy, we need places like Myanmar and Papua New Guinea to be successful.”

Disparities also exist within nations. For example, one UK study found that, of 1.1 million people aged over 80 who were treated for health conditions in clinics and hospitals between December and January, 42.5 per cent of white participants had been vaccinated, compared with just 20.5 per cent of Black participants. The same study also found evidence of divides along socio-economic lines.

“Vaccinating only portions of the population is not an effective strategy, and leaves us vulnerable to new variants,” warns Udayakumar. “A global pandemic can only be met with a global response.”

Global vaccine manufacturers are scaling up production to meet demand, but this might take another 6–12 months to achieve, he says. Nevertheless, we are likely to hit the two-billion mark much faster than we hit the first billion, adds Swaminathan.