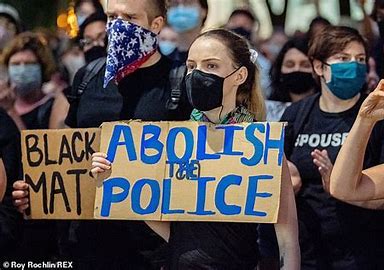 Voter apathy to political parties – and be extension elections – is approaching universal status with quite a number of countries that were once regarded as bastions of democracy hardly able to hold out a candle to those still in the formative stages of competitive politics.

In Kenya, political organisations no longer have the character of a party in the classical sense of the description. In last year’s presidential election in the United States, both Democrats and Republicans experienced a further loosening of centralised decision-making, while in Britain the Conservatives and Labour parties have lost the ideologies and character that set them apart. So, should we cancel political parties?

Throughout the world, traditional political organisations are increasingly seen as dysfunctional. But can democracies live without them?

In 1796, President George Washington lambasted political parties for allowing “cunning, ambitious and unprincipled men” to “subvert the power of the people.”

His indictment seems brutally timely today, just a few months after 147 Republican US congress members publicly challenged the results of a free and fair general election. But even long before then, many Americans shared Washington’s concern.

The popularity of parties is at a nadir, with both the Democratic and Republican parties widely condemned as not only unrepresentative but also hopelessly corrupt and hijacked by elites. Indeed, a steadily increasing share of American voters – 38 per cent in 2018 – are identifying as unaffiliated with either party.

That proportion is now larger than the share of voters identifying with either Republicans or Democrats. Asked why he thought Donald Trump was “charismatic,” TV talk-show host Bill Maher said: “I think it’s because he hates both parties.”

“People in politics often try to go around parties, to go directly to the people, but without the parties, we’d have chaos.”

It seems to be an international phenomenon. In Europe, for example, traditionally powerful centre-left parties are being accused of ignoring their voters, potentially contributing to a backlash that helped push the United Kingdom into Brexit.

The mounting animosity toward the parties has inspired debate among political scientists. Defenders of the traditional party system contend that democracy depends on strong, organised and trustworthy political factions.

“People in politics often try to go around parties, to go directly to the people. But without the parties, we’d have chaos,” says Harvard University political scientist Nancy Rosenblum, who explored the challenges facing political parties today in the 2020 Annual Review of Political Science.

Yet a small group of scholars, many of them young, say it’s time to start visualising a more open and direct democracy, with less mediation by parties and professional politicians. Such proposals were seen as “completely fringe” until a decade ago, says Hélène Landemore, a political scientist at Yale University. But events including the 2008 economic crisis and Trump’s 2016 election as president, she says, have enlarged the scope of debate.

Several trends have sped the declining popularity and power of the parties in the United States. Party-run patronage schemes that rewarded supporters with government jobs have long given way to more meritocratic systems.

The rise of independent political action committees has given candidates a source of campaign funding – around $4.5 billion in the last decade – outside the party channels that once dominated access to campaign money. This has made many candidates more entrepreneurial and less beholden to the party bureaucracy.

A few scholars are now asking people to imagine how democracy might function with less or even zero reliance on political parties and without costly political campaigns.

Thirdly, parties now determine their candidates through primary elections instead of with meetings of party insiders. Just 17 primaries were held in 1968; today every state has a primary or caucus.

This switch to universal primaries has shifted influence from party veterans to more extremist activists, who are more likely than average voters to vote in primaries, says Ian Shapiro, a political scientist at Yale.

In 2018, the Democratic National Committee even cut back on the influence of superdelegates, the hundreds of party VIPs who also had votes in selecting candidates. This was to reassure voters that party officials were listening to them, party vice-chair Michael Blake said at the time.

In many parts of the United States, partisan gerrymandering has contributed to making candidates less representative of their constituents by creating “safe seats” for both parties. That means that the winners are, in effect, decided in the primaries that pit Democrats against Democrats and Republicans against Republicans.

This phenomenon helps explain the 2018 election of Alexandra Ocasio-Cortez, then a 28-year-old democratic socialist who had never before held elected office, says Shapiro. Ocasio-Cortez beat an establishment Democrat in a primary in which less than 12 percent of voters turned out.

Not everyone agrees that political parties are weaker today than they once were. Today’s extreme polarisation means that much of the public is more strongly attached to their own party, says Rosenblum, and party-led voter suppression or voter mobilization efforts in fact make party leaders more powerful than ever.

Still, Shapiro and many other experts believe political parties have suffered a major loss in clout, which in turn has been a loss for democracy in general.

Positive attitudes toward both main US political parties have declined since 1980, with the sharpest decline in people’s ratings of the party they do not support, according to data from American National Election Studies surveys.

The values for 2016 were the lowest ever measured for either party, with findings true for both Democrats and Republicans.

“Political parties are the core institution of democratic accountability because parties, not the individuals who support or comprise them, can offer competing visions of the public good,” write Shapiro and his Yale colleague, Frances Rosenbluth, in a 2018 opinion piece for The American Interest.

Voters, they argue, have neither the time nor the background to research costs and benefits of policies and weigh their personal interests against what’s best for the majority in the long run.

To show what can go wrong with single-issue voting that lacks party guidance, Shapiro and Rosenbluth point to California’s notorious Proposition 13, a 1978 ballot initiative that sharply restricted increases in property taxes.

At first, the measure seemed like a win to many voters. Yet over the years, the new rule also decimated local budgets to the point where California’s per-pupil school spending now ranks near the bottom of a list of the 50 states.

First billion Covid jabs reached, but Blacks account for only a small fraction