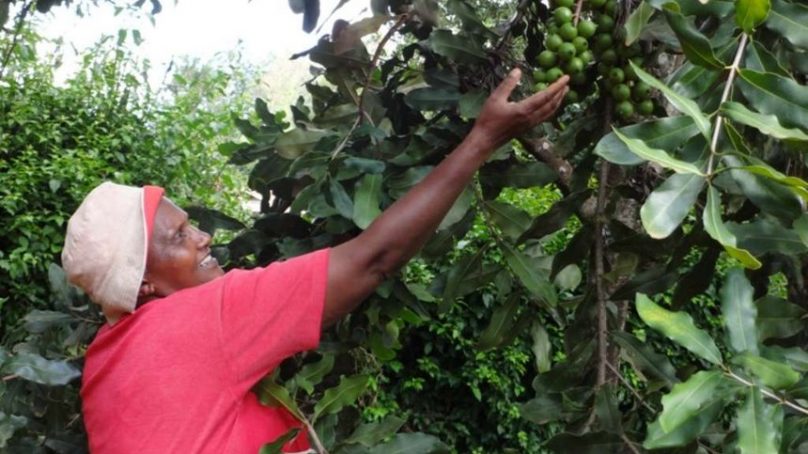 Farmers in Mt Kenya region want the ban imposed on harvesting macadamia rescinded, citing imminent losses if they are prevented from disposing of their produce as they regularly do between November and February.

The complaint follows a move by the Agricultural Food Authority (AFA), which in October 2018 imposed the restrictions on harvesting the crop saying the nuts are usually harvested prematurely, hence compromising quality.

The period between November and February is a high tourist season during which the price of macadamia spikes on the back of high demand. Consequently, farmers take advantage of the high tourist arrivals to rake in huge profits.

The farmers expressed that fear they would incur heavy losses if the ban is not lifted. They argue that the ban issued in October 2018 will deny them access to the lucrative and ready market that comes with the tourist high season, especially the Chinese tourists.

The AFA prohibited farmers from harvesting macadamia between November last year and February this year, on account that the nuts will be immature, hence compromise quality and in turn prices.

In the circular issued to macadamia farmers and dealers prior to the onset of Covid-19, the authority warned that harvesting of immature nuts would compromise the quality of macadamia meant for export.

The farmers accused the authority of protecting the interests of processors who want to buy their nuts at a throw away price once demand on international market thins out.

The farmers led by Erick Mwirigi, Peter Njamba and Annie Wangechi, have questioned the conduct of AFA enforcement team, which they accused of arresting farmers for allegedly breaching the directive and for disregarding county governments positions in nut-growing areas.

The farmers argue that the ban had already adversely affected them after the regulator allegedly sided with a few processors, who fear losing out to the demand precipitated by Chinese tourists.

The representatives from Meru, Murang’a and Nyeri allege the ban was selectively imposed to favour some processors.

“We need money, but we cannot sell our macadamia after the AFA ban,” said Mwirigi.

The farmers appealed to local county governments to come to their rescue from the from the manipulation by AFA.

The farmers appealed to the authority to cease interference with matters within the jurisdiction of the county governments. They want governors, Members of Parliament, and MCAs to ren AFA.

Ms Wangechi accused the authority of ignoring a presidential directive on the export of nuts and avocados, saying AFA had failed to help local farmers and business people to venture into the lucrative international market.

In response to the allegations, an official of the authority who sought anonymity said the ban was uniform and none of the stakeholders had been favoured.

“The ban followed resolutions reached at a stakeholder conference in 2015 to restore in macadamia farming. One of the issues that featured prominently was compromised quality of the commodity for export,” the official said.