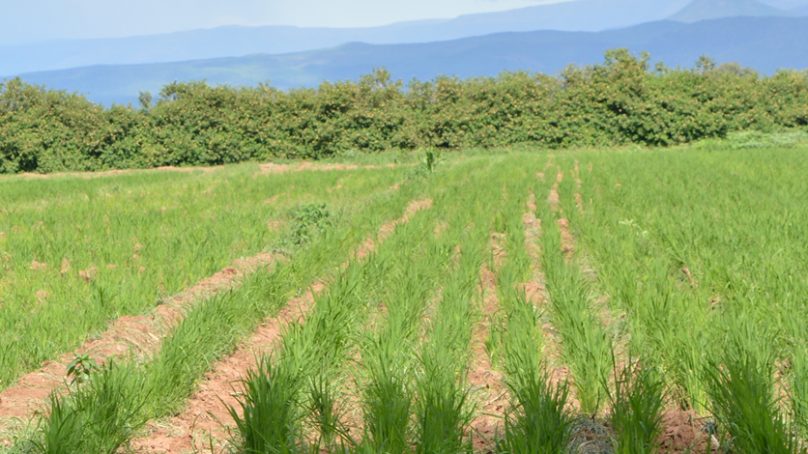 The cabinet secretary observed during a tour of Baringo that the sprawling county has potential to be food secure if residents abandoned overreliance on rain-fed agriculture. Instead, he called on local administration to bring a huge chunk of the arid land under irrigation to avoid depending on relief food.

Mr Wamalwa said the national government through the Ministry of Irrigation is working with National Drought Management Authority (NDMA) to ensure that more land is set aside for irrigation use.

“We would like to see more irrigation in this county because the region has the capability produce enough food to feed local residents and sell other regions with food deficits,” Wamalwa said.

The CS outlined the national government policy on food security in arid at Mukutani Ward in Baringo South Sub-county, where witnessed the reopening of Arabal Day Secondary, Nasukuro, Kapindasum and Mukutani Primary schools, which closed down three years ago due to insecurity and food shortages.

Wamalwa called upon local leaders from three warring communities of Pokot, Illchamus and Tugen to champion peaceful coexistence for meaningful socio-economic development to be recorded in the county. The cabinet secretary commended parents from the four schools for allowing their children to resume learning.

“I am very happy to note that over 100 and 175 pupils have so far reported back to Nosukro and Mukutani Primary Schools, respectively,” said the CS.

He asked parents and education stakeholders to ensure that all children immediately resume classes and engage in their studies because it is their constitutional right just like any other child in the country.

Area governor Stanley Kiptis called on the Independent Electoral and Boundaries Commission (IEBC) and the Senate to sit down and address the boundary dispute in Mukutani which is currently being contested between Tiaty and Baringo South Sub-counties.

Governor Kiptis said that young children and elderly women from Ilchamus community should be assisted to resume their normal lives after the disruption causes by 2016 interethnic skirmishes.

Sorghum no longer an ‘orphaned’ crop in parts Kenya