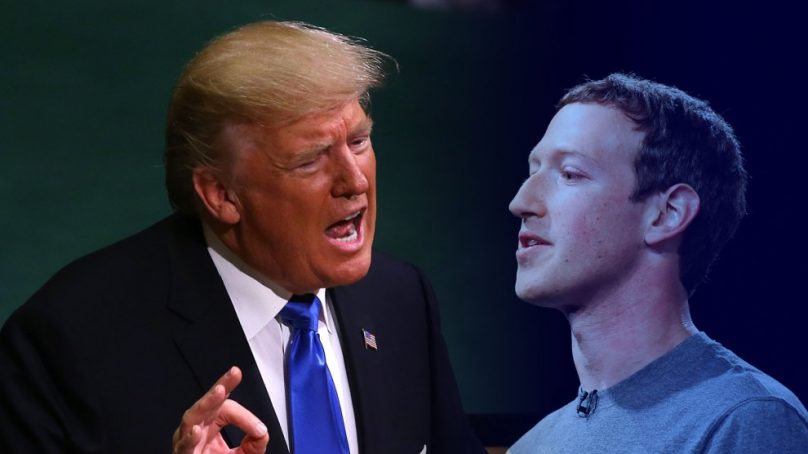 In the wake of this month’s violent insurrection at the US Capitol, Facebook suspended the account of the inciter-in-chief Donald Trump.

On January 7, citing the danger that the president’s posts might incite further violence, CEO Mark Zuckerberg said the company would keep Trump off the platform “indefinitely and for at least the next two weeks until the peaceful transition of power is complete.”

Now that that transition is official, Facebook has a decision to make – whether or not to allow the ex-president his bullhorn. But today, Facebook is announcing that it won’t make that decision itself. Earlier this morning, it asked the Oversight Board it created to make the call on whether or not Trump is welcomed back on Facebook.

The oversight board is an independent entity funded by Facebook. Three years in the making, it has yet to issue its first decision – but Facebook is expecting rulings in six cases that the board has been mulling over since it finally began operating this fall. The Trump decision will be the seventh ruling.

Cases generally will come to the board by user appeals of Facebook’s content decisions, but the bylaws allow Facebook itself to present cases for the board’s consideration.

Those cases include the toughest calls Facebook must make, and none will be tougher than this. A lot rides on the decision. Without Trump on Twitter and Facebook, much of the world is enjoying better blood pressure readings.

More seriously, there is less of a chance that Trump can incite the kind of violence that led to his suspension. Meanwhile, Trump supporters – and others simply concerned about Facebook’s power – are crying censorship.

Facebook had the option of asking the board to make an expedited decision for a quick turnaround, but considering the gravity of the case, it chose to allow the board to take its usual 90 days to process the case. Of course, it could issue its judgement sooner.

One of the four co-chairs of the 20-person board will assign the case to a panel, which typically consists of five people (one must be in the North American region) and they will consider whether, as a major political player, Trump will be welcomed back.

The former president will have an opportunity to present his side of the argument to the board. Meanwhile, Trump’s indefinite suspension will hold. Is Facebook passing the buck on this most critical of decisions?

In a press release explaining the move, Facebook’s Vice President for of Global Affairs Nick Clegg says, “There are decisions that we cannot duck.” Sending them to the board allows Facebook to do just that. But the company says that’s why it started the board in the first place – to provide accountability.

Mark Zuckerberg has always said he does not want to be the global arbiter of what people can say or not say on Facebook.

But he did make a decision—to send this case to the board he created in part to take the heat off Facebook. It’s far from certain that this will take Facebook off the hook for whether Donald Trump can use its platform. For now, the much touted Oversight Board finds itself holding a very hot potato.