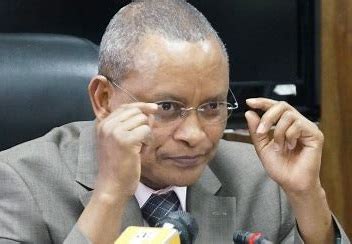 Ethiopia’s Tigray People’s Liberation Front (TPLF) rebels have expressed willingness to negotiate peace with the federal government on condition that the talks be chaired by Kenya President Uhuru Kenyatta, with the African Union and United Nations as co-convenors.

The rebels want the peace talks to take place in the Kenyan capital Nairobi. However, TPLF leadership expressed strong reservations about the neutrality of the African Union Special Envoy to the Horn of Africa, former Nigeria president Olusegun Obasanjo, whom the rebels accuse of being too close to their adversary in the conflict, Ethiopia’s Prime Minister Abiy Ahmed.

The push to have Kenyatta chair the talks comes less than two months before the Kenyan president leaves office after the August 9 elections.

Should accede to the request, the peace talks would be one of Kenyatta’s last international engagements before he steps down from power. Kenya goes to the polls on August 9 to elect a new president after Kenyatta completes his second and final term as per the constitution.

The war in Ethiopia between TPLF and Ethiopian government forces fighting alongside Eritrean forces has resulted in 90 per cent of the estimated population of seven million in Tigray needing humanitarian aid.

In April, a mini-truce was put in place and it still exists to allow food aid into Tigray. However, due to logistical challenges and mistrust between the warring factions, inadequate relief aid has reached the area.

The mini-truce set in motion the possibility of peace talks. On Tuesday, Ethiopia’s Prime Minister Abiy Ahmed announced in a televised address that a committee had been set up to study pre-conditions and how the negotiations with Tigray should go ahead.

In light of that, Tigray’s transitional government has since insisted that any talks that with Ethiopia must not be done in secrecy, and that the African Union and United Nations should play a central role.

In a letter addressed to the AU chairperson, Senegalese President Macky Sall, Kenyatta, Tanzania’s Samia Suluhu Hassan and Sheikh Mohamed bin Zayed Al Nahyan of the United Arab Emirates, Tigray’s Debretsion Gebremichael said: “Since the outbreak of war in Ethiopia in November 2020, we have been open to good-faith peace negotiations convened by an impartial third party, consistent with the norms and principles of the African Union and the United Nations.”

“We express our confidence in the government of Kenya and our appreciation to President Uhuru Kenyatta for his sustained, principled, impartial, inclusive and discreet efforts to broker peace and negotiations with a view of a comprehensive resolution to the crisis.

“On this basis, we hold firm to the existing agreement among the parties to meet in Nairobi for negotiations hosted and facilitated by the president of Kenya,” Gebremichael said.

Ahmed gave his committee two weeks to come up with a report for the peace talks, and then Tigray’s transitional authority will come up with theirs. Thereafter, an announcement on the dates for talks will be made.

Amnesty International and Human Rights Watch are accusing the Ethiopian military and regional armed forces of war crimes in the Tigray region, based on interviews with 400 refugees in Sudan.

Tigray’s transitional government said it was open to talks, but “we are not prepared to make secret deals or to bargain away our principles for material inducements”.

While welcoming the possibility of talks, Tigray felt the AU should have done better to avert the crisis.

“The silence of the AU over the war and atrocities perpetrated by the forces ranged against us was a betrayal,” said Gebremichael.

Last month, former Nigeran president Olusegun Obasanjo, and now AU Special Envoy to the Horn of Africa, secured the release of about 4,000 Ethiopian prisoners of war from Tigray. But Tigray says Obasanjo’s alleged close ties with Ahmed do not sit well.

“The proximity of the high representative to the prime minister of Ethiopia has not gone unnoticed by our people,” he added.