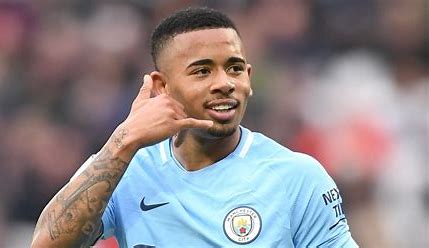 Gabriel Jesus reportedly wants to choose Arsenal as his next club, allaying any fears Mikel Arteta may have had of missing out on his top striker target.

Arsenal have been chasing the signing of Jesus in recent weeks. After the departures of Pierre-Emerick Aubameyang and Alexandre Lacazette this year, they need reinforcements upfront.

Eddie Nketiah now looks likely to sign a contract extension with the club. However, he will still likely play a supporting role to a new main striker. Arteta wants that man to be Jesus, whom he worked with when he was assisting Pep Guardiola at Manchester City. The Brazilian’s chances at his current club are now set to diminish after the arrival of Erling Haaland.

Therefore, Jesus has been looking for a new solution. Arsenal have established themselves as a leading contender, but there have been fears they could be outbid by someone like Tottenham or Chelsea.

It has led to claims that Arteta is not happy with their transfer approach so far. However, the latest updates should come as a relief for him. According to The Times, Arsenal believe they are now close to agreeing a deal for Jesus.

There is a gap between their opening offer of £30 million and City’s asking price of £50 million. However, they are taking confidence that they could meet in the middle. And the report tellingly reveals that Jesus wants to join Arsenal, despite their failure to qualify for the Champions League.

He believes Arteta will give him the regular starts he has been craving. At the age of 25, that will be important to Jesus – especially with the World Cup on the horizon. Therefore, optimism is now growing at the Emirates Stadium that they will indeed get their man.

Jesus would be leaving City with 95 goals and 46 assists from 236 appearances behind him. He scored 13 goals across all competitions last season, in which he played as a centre-forward or a winger.

After his exploits for Man City, Jesus has clearly alerted a lot of suitors who could give him a more prominent role. But choosing Arsenal may turn out to be the best decision Jesus could make this summer.

His prior relationship with Arteta should give him a chance to hit the ground running under a manager who understands him. What’s more, the lack of depth up front in the Arsenal squad gives him a good chance of getting regular gametime.

Besides, several strikers have struggled at Chelsea, while at Tottenham he would be in the shadow of Harry Kane. Although he would be sacrificing Champions League football, Arsenal seem to be heading in a good direction and he could be part of their growth.