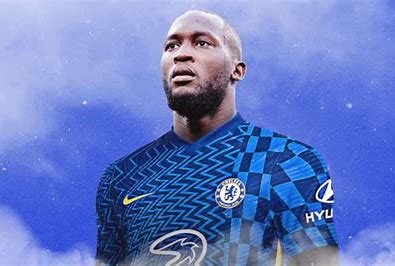 While Tuchel has given a nod to Lukaku’s wish to return to his former club on loan, Boehly is said to harbour strong reservations about the decision given that the Belgian goal machine topped the striking chat at the club last season despite a series of injuries that interrupted his consistency.

According to TalkSport, “Romelu Lukaku’s future at Chelsea remains uncertain with Thomas Tuchel happy to let the Belgian seek new pastures. Lukaku made a club-record return to Stamford Bridge last summer, joining from Inter Milan for just shy of £100 million. His much-anticipated switch started with a bang but quickly fizzled out and the Blues now face a decision on whether to cut their losses or stick by the forward.”

The report also says Inter are keen to have the Belgian back at the San Siro whilst the player’s preference is a return to Italy, where he previously spent two years. The only element of the deal holding back an Italy return is the with financials Chelsea looking to administer a hefty loan fee.

Inter Milan chief Alessandro Antonello said, “Certainly there is the great desire of the player to return, the economic-financial feasibility must be verified and some technical problems must be solved. By June 30? We’ll try to do it in the correct timeframe.”

“However, any deal may well force Thomas Tuchel into having a difficult conversation with new owner Todd Boehly. The American led a consortium which purchased the club from Roman Abramovich and his relationship with Lukaku remains intact,” reports Metro.

Chelsea and Inter are nearing an agreement over a loan deal for Lukaku but, but Metro adds that “Boehly is yet to be convinced by the arrangement, according to reports.”

The Belgian became the Blues’ record signing when he returned to Stamford Bridge in a £97.5million deal last summer, but he has struggled to live up to that price tag and fell out of favour in the second half of the season.

Lukaku courted controversy with an ill-advised interview declaring his desire to return to Inter, while he has looked a poor stylistic fit for the football played by Thomas Tuchel.

According to The Athletic via Metro, “The relationship between manager and player is ‘badly strained’ and there is a feeling that there is no future for Lukaku in west London while Tuchel is in charge. Inter are keen to bring the 29-year-old back to San Siro but cannot afford a permanent deal, with the two clubs instead negotiating a loan move with a big fee – the Blues are thought to be looking to receive as much as £10 million.”

It adds that the Italian side’s opening offer, which was less than half of that, has been rejected but there is confidence on all sides that an agreement can be found.

Back to the Roots: Liverpool star Sadio Mane joins friends for a football match in muddy village ground in Senegal