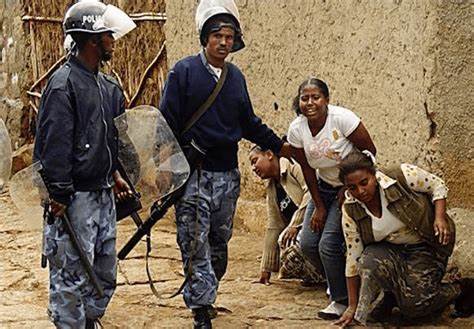 Ethiopia has released several former government officials from prison, a lawyer working with them has said. The group of ethnic Tigrayans included former members of the government-appointed administration and a member of the ruling party.

The state-appointed Ethiopian Human Rights Commission said on March 18 that at least eight officials had been arrested, but gave no names, or reasons for the arrests.

The lawyer and a second source said at the time 12 Tigrayan officials, an activist and another man had been arrested in raids on March 7 and 8 – a total of 14 people.

“All of them were released today and are now on their way to Addis Ababa from Afar,” said a lawyer working with the detainees, who asked not to be named for fear of reprisals.

The government has sought to arrest leaders of the Tigray People’s Liberation Front (TPLF), which has been fighting Prime Minister Abiy Ahmed’s government for the last 16 months. But since the conflict erupted, Tigrayans from all walks of life have been arrested and held without charge for weeks or months.

Police say they are investigating anyone they suspect of TPLF links and deny targeting any particular ethnicity. Those detained have included mothers and babies, elderly prisoners and nuns and priests – and members of the Tigrayan administration the government itself appointed.

The government has repeatedly said it is fighting against the TPLF and not Tigrayans in general.

The lawyer said no charges were brought against the group but that police accused them of involvement in terrorism and having TPLF connections.

The TPLF now controls Tigray after Tigrayan fighters forced the military to leave at the end of June 2021. But the government controls the territory around it and only a tiny trickle of aid has been able to enter famine-hit Tigray since the military pulled out.

Separately, an Ethiopian court ordered the release of a freelance video journalist accredited to the international press agency The Associated Press to be freed on bail after being held without charge since late November, the news agency said.

At the time of their detention, federal police accused Amir Aman Kiyaro and two other local journalists of “promoting terrorism” by interviewing members of the Oromo Liberation Army, an armed ethnic separatist group that parliament has designated a terrorist group.