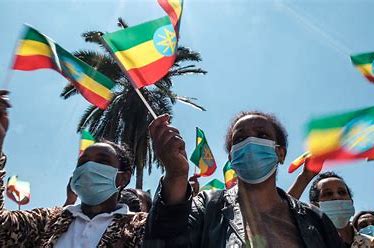 After almost two years of conflict between the federal government and Tigrayan forces, Ethiopia seems to have decided to resolve its most devastating militarised conflict peacefully.

On March 24, the government of Prime Minister Abiy Ahmed Ali declared a humanitarian truce “to facilitate a free flow of emergency humanitarian aid into the Tigray region.”

The Tigray People’s Liberation Front (TPLF) reciprocated this notion the next day. Since then, both government and TPLF forces have observed the “humanitarian truce” and cessation of hostilities, despite a recent uptick in war rhetoric from both sides.

Tigrayan forces have complained that there are still too few aid trucks entering Tigray through the humanitarian corridor at the Afar-Tigray border. These forces have withdrawn from much of the area they controlled in Amhara and Afar – two regions in the conflict that the government seems to have brought into the fold.

This is an encouraging step to brokering peace, and signals mutual recognition by the government and the TPLF of a stalemate.

However, the current situation is likely a temporary de-escalation. Given the intractability of the conflict’s root causes and the attendant social trauma, lasting peace requires several confidence-building and peace-making approaches. These efforts should also consider security issues that are intrinsically political and beyond the geographic scope of this military conflict.

Dealing with these security issues will require bringing other armed forces, especially the Oromo Liberation Army (OLA) in Oromia, on board.

The African Union (AU), regional economic communities and neighbouring countries such as Kenya – who are reportedly involved in mediating the conflict – should capitalise on the truce and exert pressure for a negotiated political settlement.

The violence and conflict in Ethiopia, including in the north, is as much about contrasting ideologies relating to the country’s past and future as it is about power politics. The polarisation of the political scene over the years has triggered tension and violence, culminating in a full-scale military confrontation in the north. However, the dispute is not confined to this region.

OLF-Shene – the government’s label for the OLA – has been militarily active in Oromia. Efforts to resolve the confrontation amicably seem to have failed, and attempts to eliminate OLA militarily have not succeeded. The government then decided to employ fully-fledged securitisation as a political tactic and declared OLF-Shene, along with the TPLF, as terror groups.

Interestingly, after seemingly embracing the notion of ending hostilities with Tigrayan forces and signalling a willingness to negotiate with the TPLF, the state launched a military offensive to root out OLA in Oromia.

If recent events are any indication, the viability of such parallel routes of peace-making – negotiating with forces in the north and security force action in the wider south – is questionable.

The government should stick to the peaceful (negotiation and dialogue) route in Oromia and beyond, as it did to resolve political and security predicaments in the north. However, this is easier said than done, as multiple actors are already involved in the militarised confrontations.

The clashes between government and opposition forces have already heightened inter-ethnic animosity between Tigray, Afar and Amhara. Throughout the conflict, Afar and Amhara have been involved in the war effort against TPLF and have been devastated by Tigrayan incursions into their territories. Memories of atrocities are too fresh to consider a negotiated settlement.

The government and international community need to redress not only the economic devastation, but the social and psychological upheaval suffered by the Afar and Amhara communities.

Ethiopia recently constituted a new national dialogue commission to mediate historic, structural socio-political cleavages that have spurred conflict for decades. The commission is intended to facilitate dialogue among political elites and ordinary Ethiopians.

Some political parties have refused to participate, citing a lack of inclusivity and transparency gaps in the lead-up to the commission’s formation. The methodology of selecting commissioners and other issues were also raised.

The Oromo Federalist Congress (OFC), Oromo Liberation Front (OLF) and Ogden National Liberation Front (ONLF) are among the major actors that officially boycotted the process. The commission’s legitimacy appears to be contested, but as an independent organ, it could build credibility by demanding the federal Parliament remove the TPLF and OLA from the terror list. In a recent interview, the vice-president of the ruling Prosperity Party seemed to suggest as much.

The Ethiopian Political Parties Joint Council recently released a statement asking the government to delist the TPLF and OLA and include them in the process. This sets the stage for the commission and the government to travel the dialogue route of peace-making.

Given the social trauma of the war and intercommunal animosity reinforced by its discourse, convincing victims to consider talks and reconciliation could be difficult. So, the government and international actors should craft a ‘trauma management’ scheme for communities in war-torn areas. This could be done through coordinated support for reconstruction and rehabilitation of areas most affected, not only in the north.

The AU, regional economic communities and international stakeholders can play a significant role in encouraging confidence in the national dialogue process. They should also realise that the government’s securitisation approach in Oromia will prolong violence in and around that region.

A concerted effort is needed to convince the federal government to replicate its peace-making approach employed in the north in other regions, and negotiate with the OLA. This would likely encourage groups such as the OLF, OFC and ONLF to join the dialogue process.

Continental and regional organisations should also commit to ‘African solutions to African problems’ and push back against the “politics of the United Nations Security Council.”