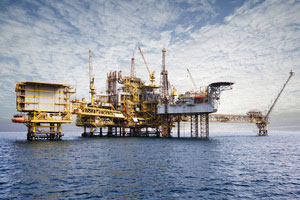 Drilling for gas on Island off Kenyan coast takes place

Zarara Oil and Gas drilling project in Pate, a subsidiary of Midway Resources International of the United Kingdom, is on course to finding natural gas following initial drilling that started in Pate-2 in April last year.
The initial drilling or spudding as it is known technically was a part of the production sharing contracts on Blocks L4 and L13.
The drilling campaign came on the back of a four-year evaluation programme by Zarara that involved 2D seismic over the original Pate-1 discovery area. Royal Dutch Shell Plc and BP Plc first drilled Pate-1 in 1970.
The well, according to Zarara Chief Operating Officer Austen Titford, was plugged and abandoned because of downhole gas-control issues and for lack of a regional gas market at the time.
“Pate-2 is where drilling is going on at present and it is our expectation that by the end of the year, we will have struck commercial gas,” Titford says.
Kenya’s government currently holds 10 per cent interest. If commercial gas reserves are struck the government will have rights to another 10 per cent interest with Zarara holding the 90 per cent remainder of the rights.
It is expected that the gas reserves will provide the country with 200mw of commercial gas through a 30 to 40-year period, according to Zarara Oil and Gas conservative estimates.
This has generated further controversy in Lamu with local residents expressing fear they have let of the benefits of the deals involving their resources.
Some Lamu politicians and businessmen voiced concern over an arrangement they say will further alienate Pate Island residents from the economic gains to accrue from the discoveries.
“We need a situation where mineral wealth discovered in Lamu benefits the Lamu people who are still marginalised economically,” Lamu County Governor Fahim Twaha states.
Some politicians have gone as far as stating that a deal similar to the one entered with the Turkana County government, the national government and Tullow Oil Company would benefit Pate residents and the Lamu county as a whole.
“Presently we are working on a policy paper and then a Bill that would determine how extractive wealth is distributed in Lamu with sectors such as education and health likely to benefit if such a Bill is passed,” County Assembly Majority House Leader Aboud Babad explains.
Mr Babad notes that, be it in the energy or infrastructure sector there a need to ensure that Lamu benefits from the social and economic transformation takes place.