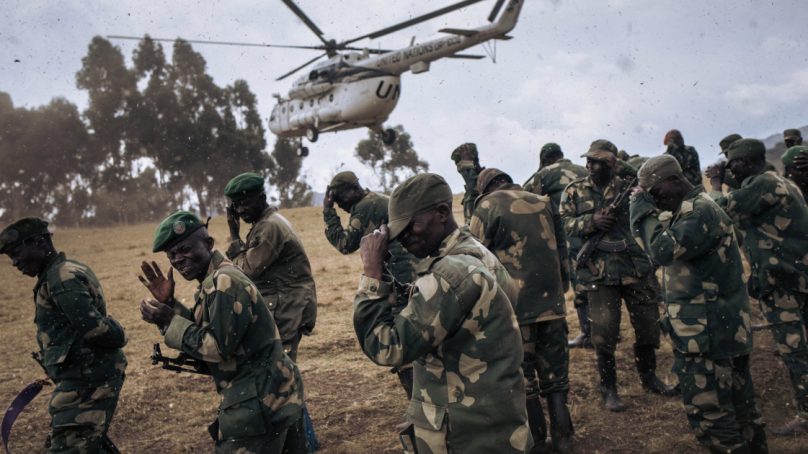 The ADF, which the United States has deemed a “terrorist” group, is considered the deadliest of dozens of armed militias that roam the mineral-rich eastern DRC.

The Catholic Church in the country says the ADF has killed about 6,000 civilians since 2013, while a respected US-based monitor, the Kivu Security Tracker (KST), blames it for more than 1,200 deaths in the Beni area alone since 2017.

“President Felix Tshisekedi authorised the deployment of American anti-terrorism experts in the east of the Democratic Republic of Congo,” said a statement from the presidency on Sunday.

The US forces will boost the Congolese army’s fight against ADF in the national parks of Virunga and Garamba, it added. The mission will last several weeks and is specifically directed against the ADF.

US Ambassador Mike Hammer, who presented the team to President Tshisekedi, said its presence was part of a partnership agreed between the two countries in 2019, according to the presidency’s statement.

In March, the US State Department said the ADF is notorious across the region for its “brutal violence against Congolese citizens and regional military forces.” The US has sanctioned alleged leader Seka Musa Baluku and said ISIL has acknowledged the ADF as an affiliate since 2019.

Congolese authorities’ crackdown against ADF has included a “state of siege”, in which members of the security forces have replaced top officials in North Kivu and neighbouring Ituri province.