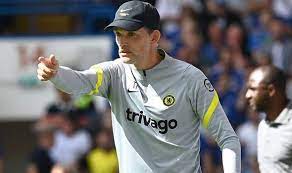 Chelsea boss Thomas Tuchel has told three current stars who cost a combined £90 million ($106 million) to “organise moves elsewhere [before the current transfer window closes]”, according to a report.

Despite defending champions Man City breaking the British transfer record to sign Jack Grealish, many people’s tip for the title this year is Chelsea. Tuchel guided the Blues to Champions League glory last season after just four months in charge.

What made that feat all the more impressive was the club lacked a clinical finisher to score goals with regularity. Romelu Lukaku has returned to Stamford Bridge to solve that issue to the tune of £97.5 million ($115 million), but their business in the market may not end there.

Sevilla centre-half Jules Kounde remains on their radar, and the Frenchman will not come cheap. Widespread reports have stated the 22-year-old holds a £68 million ($94 million) release clause within his contract. And given Sevilla’s stubbornness so far, that amount may need to be paid in full to prise Kounde away.

Perhaps with one eye on future business, the Athletic claim Tuchel has told a trio of Chelsea stars their time at Stamford Bridge is over. They claim midfielders Danny Drinkwater, Tiemoue Bakayoko and Ross Barkley have all been told to “organise moves elsewhere”.

Drinkwater has barely featured since arriving from Leicester in 2017. Now 31, his chances of ever making an impact in the first eleven appear to be nil. Bakayoko has no pathway into central midfield with N’Golo Kante, Jorginho and Mateo Kovacic presenting a formidable barrier. Furthermore, Billy Gilmour and Conor Gallagher will be waiting in the wings in the near future.

A report on Sunday put French duo Lyon and Rennes in the frame for his signature this summer.

Finally, Barkley could make way despite impressing on loan with Aston Villa last year. A report in July put the ex-Everton man on Newcastle’s radar if they failed to sign Joe Willock, though that deal has now gone through.

West Ham were also tentatively linked as their hopes of re-signing Jesse Lingard began to fade.

The Daily Star, citing Eurosport, claims that Abramovich is keeping tabs on the Three Lions international. The Russian is watching the player carefully as an alternative to West Ham’s Declan Rice. Hammers boss David Moyes has repeatedly said that he wants over £100 million ($139 million) for the 22-year-old.

Bellingham moved to Dortmund from Birmingham last summer for a reported initial £25 million ($30 million). He played 46 games across all competitions last season, starring in both the Bundesliga and the Champions League.

As a result, he became the youngest ever player at a European Championship. This season, he has featured in both of Dortmund’s games.