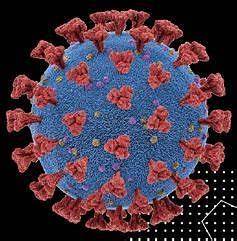 Many studies of hybrid immunity haven’t followed naive vaccine recipients for as long as those who recovered from Covid-19, and it’s possible their B cells will make antibodies that gain potency and breadth with more time, additional vaccine doses or both, researchers say.

It can take months for a stable pool of memory B cells to establish itself and mature.

There is some evidence that people who received both jabs without previously being infected seem to be catching up. Ellebedy’s team collected lymph-node samples from mRNA-vaccinated individuals and found signs that some of their memory B cells triggered by the vaccination were gaining mutations, up to 12 weeks after the second dose, that enabled them to recognise diverse coronaviruses, including some that cause common colds.

Rishi Goel, University of Pennsylvania immunologist John Wherry and their colleagues found signs that six months after vaccination, memory B cells from naive individuals were continuing to grow in number and evolve greater capacity to neutralise variants. Antibody levels fell after vaccination, but these cells should start cranking out antibodies if they encounter SARS-CoV-2 again.

“The reality is you have a pool of high-quality memory B cells that are there to protect you if you ever see this antigen again,” Goel, an immunologist at the University of Pennsylvania in Philadelphia who is part of a team studying super-immunity – or ‘hybrid immunity’, says.

A third vaccine dose might allow people who haven’t been infected to achieve the benefits of hybrid immunity, says Matthieu Mahévas, an immunologist at the Necker Institute for Sick Children in Paris. His team found that some of the memory B cells from naive vaccine recipients could recognise Beta and Delta, two months after vaccination.

“When you boost this pool, you can clearly imagine you will generate potent neutralising antibodies against variants,” Mahévas says.

Extending the interval between vaccine doses could also mimic aspects of hybrid immunity. In 2021, amid scarce vaccine supplies and a surge in cases, officials in the Canadian province of Quebec recommended a 16-week interval between first and second doses.

A team co-led by Andrés Finzi, a virologist at the University of Montreal, Canada, found that people who received this regimen had SARS-CoV-2 antibody levels similar to those in people with hybrid immunity. These antibodies could neutralise a swathe of SARS-CoV-2 variants – as well as the virus behind the 2002–04 SARS epidemic.

“We are able to bring naive people to almost the same level as previously infected and vaccinated, which is our gold standard,” says Finzi.

Understanding the mechanism behind hybrid immunity will be key to emulating it, say scientists. The latest studies focus on antibody responses made by B cells, and it’s likely that T-cell responses to vaccination and infection behave differently.

Natural infection also triggers responses against viral proteins other than spike – the target of most vaccines. Michel C. Nussenzweig, researcher at the Rockefeller University School of Medicine in the US, wonders whether other factors unique to natural infection are crucial. During infection, hundreds of millions of viral particles populate the airways, encountering immune cells that regularly visit nearby lymph nodes, where memory B cells mature.

Viral proteins stick around in the gut of some people months after recovery, and it’s possible that this persistence helps B cells hone their responses to SARS-CoV-2.

Researchers say that it is also important to determine the real-world effects of hybrid immunity. A study from Qatar suggests that people who get Pfizer-BioNTech’s mRNA vaccine after infection are less likely to test positive for Covid-19 than are individuals with no history of infection.

Many South American countries experienced very high infection rates earlier in the pandemic, but have now vaccinated a large proportion of their populations. It’s possible that hybrid immunity is better than the immunity from vaccination alone at blocking transmission, says Bello Bentancor.

As breakthrough infections caused by the Delta variant stack up, researchers including Nussenzweig are keen to study the immunity in people who were infected after their Covid-19 vaccinations, rather than before. An individual’s first exposure to influenza virus biases their responses to subsequent exposures and vaccinations – a phenomenon called original antigenic sin – and researchers want to know if this occurs with SARS-CoV-2.

Those studying hybrid immunity stress that – whatever the potential benefits – the risks of a SARS-CoV-2 infection mean that it should be avoided. “We are not inviting anybody to get infected and then vaccinated to have a good response,” says Finzi. “Because some of them will not make it through.”