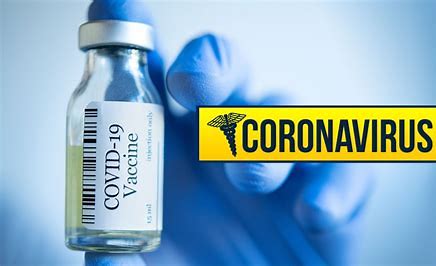 I the next few days, an advisory committee to the Centers for Disease Control and Prevention is expected to debate who should receive booster shots for the Moderna and Johnson & Johnson vaccines, a follow-up to last week’s Food and Drug Administration committee meeting.

By the end of this week, if those agencies’ directors approve, many millions more Americans should be eligible to receive additional shots.

By all indications, they are likely to take them. Boosting the Covid vaccines’ effectiveness has turned out to be very popular. According to the CDC, more than 10 million Americans have received third doses since August, a combination of newly approved Pfizer boosters, immunity-bolstering shots for immunocompromised people, and probably some shots given on the sly. Overall, more boosters are being administered now in the US than first doses.

The rush for boosters, likely to intensify once the Moderna and J&J shots are cleared, is doing more than just consuming the doses snubbed by Americans who persistently refuse the shots. It is also reframing the purpose of the Covid vaccine – as a hedge against any infection, rather than just preventing illness or death.

And despite White House promises that boosting at home won’t diminish the number of doses the US sends abroad it is setting a model for international priorities in pandemic protection.

“It’s naive to say that if you spend those boosters here, that it won’t take away from preventing disease and death elsewhere,” says Nahid Bhadelia, a physician and the founding director of Boston University’s Center for Emerging Infectious Diseases Policy and Research. “When the US says ‘Boosters for all,’ that means a lot of other countries may take on that stance as well. Which means that the doses available globally will be lower.”

The White House’s announcement this summer of a comprehensive plan for booster shots was controversial. It would have allowed anyone 18 or older who had received two doses of either the Pfizer or Moderna vaccines to receive a third, eight months later.

That proposal defied the wishes of the World Health Organization, which had asked rich nations to hold off on booster plans until low-income countries could amass enough doses to start vaccination campaigns. It did nothing to get shots into the unvaccinated, whose vulnerability to infection is the chief driver of the US pandemic.

And it appeared to challenge the reasons why the FDA authorized the vaccines last December, which was to prevent severe illness, hospitalization, and death – which, according to data presented to the agency, the inoculations still accomplish.

Five weeks later, the FDA and the CDC blessed a Pfizer booster, but with stricter rules. After an intense discussion over whether the data supported giving one to “every adult,” as President Joe Biden had promised, they limited the shots to people facing specific risks. Those risks included being 65 or older, because the immune system becomes less competent with age; being at least 18 and having an underlying condition; or being at least 18 and working in a high-exposure job.

That decision, according to the White House, authorised shots for 60 million out of the 104.5 million Americans who have received two doses of the Pfizer vaccine.

Pfizer went first because its data was ready to go when the administration opened the discussion, but the other companies were not far behind. Last week, the FDA’s advisory panel voted to allow Moderna boosters under the same rules – same eligibility criteria, same timing – for a shot that is half the original Moderna dose.

It also authorised a J&J booster for anyone 18 or older, to be given at least two months after the original shot. The CDC’s advisory panel will take up those two new authorizations in a meeting starting Wednesday.

Experts studying the third-shot decisions are concerned the plans are founded on fundamental ambiguities: small data sets that document boosters’ effects in the real world, sparse information on breakthrough infections among vaccinated Americans, and a lack of clarity regarding how much changes in behaviour – as opposed to improved immunity – might account for declines in cases in countries where boosters are already being given.

According to the CDC, 69.5 million Americans took the two-shot Moderna formula, and slightly more than 15 million got the single-shot J&J vaccine. If boosters for those vaccines are approved this week, as expected, many millions more doses could thus be given in the US.

Ethicists find this simply dismaying. “The spectacularly unfair distribution of vaccines around the globe violates our duty to the least well-off,” says Nancy Jecker, a bioethicist and professor at the University of Washington School of Medicine and co-author of a new paper on vaccine equity in the Journal of Medical Ethics. “Just 2.5 percent of people in low-income nations have received at least one dose of vaccine. Before making the well-to-do better off, we ought to bring everyone up to a threshold level of protection.”