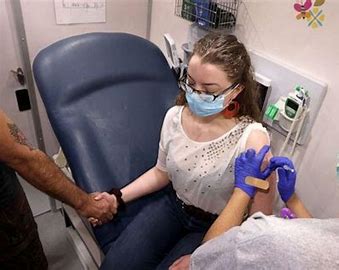 The US is by no means alone in its pursuit of boosters. France, Germany, Sweden, the United Kingdom, Israel, and the United Arab Emirates have all opened booster shot campaigns to large numbers of their residents, or announced plans to do so.

However, campaigns intended to protect the most vulnerable have had a tendency toward mission creep, Nancy Jecker points out, consuming more doses than first planned, and sharpening global inequity. “In July in Israel, those age 60 and over became eligible for booster shots,” she says.

Jecker, a bioethicist and professor at the University of Washington School of Medicine and co-author of a new paper on vaccine equity in the Journal of Medical Ethics, adds, “A month later, everyone 50 and over lined up. And then on August 29, Israel began offering boosters to healthy young adults.”

The data behind that nation’s decisions, which was presented to the FDA, showed that mild and moderate infections appeared to be increasing among Israelis (all of whom received the Pfizer vaccine).

Over the past few weeks, members of the US advisory committees that met to evaluate boosters proposals, first for Pfizer and then for Moderna and J&J, have seemed uncertain how broadly extra shots should be distributed.

“We do hear, very loud and clear, the need for benefit-risk considerations,” Peter Marks, a physician and director of the FDA’s Center for Biologics Evaluation and Research, told that agency’s advisory committee last week after a contentious discussion over the proposed Moderna booster. “The problem is, we don’t know what we don’t know. There are models that predict that we could potentially have another wave of Covid-19 as people go inside this winter, and we have either the current variant, or another one come up.”

Reframing the purpose of a booster from preventing disease to blocking any infection moves the goalposts of the vaccine campaign. Some experts consider that justifiable, given all the problems vaccination has encountered: slow roll-out, stubborn resistance to taking the shots, controversy over masks and mandates, and hospitals overwhelmed with severely ill unvaccinated people.

“If you reduce even a little bit of transmission now, when community transmission is so high, you could have an influence on the course of the pandemic,” Bhadelia says. But if community levels of immunity improve, she continues, protecting people against infection as well as severe illness, “might not always be our end goal.”

One reason boosters feel controversial is because, well, they have been billed as boosters – unpredicted additions to the regimens tested in the 2020 clinical trials. But it’s possible that those trials, performed under the pressure of needing a vaccine as soon as possible, could never explore how many doses would provide optimal protection. What this year’s real-world data on waning immunity may be showing us is that the Covid vaccines should always have been a longer series.

Among childhood vaccines, this would be par for the course. Many of the first vaccines we receive –against hepatitis B, diphtheria-tetanus-pertussis, Haemophilus influenzae B, pneumococcus, and polio—arrive in three and sometimes four doses. They are spaced months or more than a year apart, to allow the immune system to build up as much protection as it can before the next dose stimulates it again.

Government communication about the pandemic has been so confused – masks are pointless, masks are essential; surfaces are hazardous, no, wait, airborne particles are the real danger; boosters are for everyone, well, maybe not – that changing any more messaging feels like a risk. But some experts feel that reframing the mRNA vaccines as a three-dose series would make more sense.

It would normalize what is now an addition, making it an expected part of the vaccination process. It might keep the vaccine-hesitant from feeling like one more shot is being forced on them. And it could allow for re-evaluation of the time period over which those three shots are given, a change that might increase the protection they offer, without adding yet more shots to the mix.

“I feel very strongly that we should be rethinking the timing of how the shots are administered,” says Monica Gandhi, a physician and infectious diseases professor at UC San Francisco. She points out that both Canada and the UK chose to delay giving second doses in order to achieve the partial protection of a first dose in as many residents as possible.

That gamble paid off: Researchers in British Columbia and Birmingham have found that delaying a second dose long as 12 weeks, compared to the three weeks the clinical trials specified, created much higher antibody levels afterward.

Perhaps this all seems moot: With the pace of first-dose administration slowing so dramatically in the US, it might seem too late for reconceptualising how we frame or deliver the shots. But in fact, a whole new vaccination campaign is about to start.

Approval for giving the vaccines to children younger than 12 could arrive by mid-November, and in multiple polls, at least 40 per cent of parents have said their children will get the shots.

“This is exactly the time to start discussing spacing for how we get the best effectiveness,” Gandhi says. “It’s not too late to change, in the sense that we still have this whole bunch of people that we have to vaccinate.”