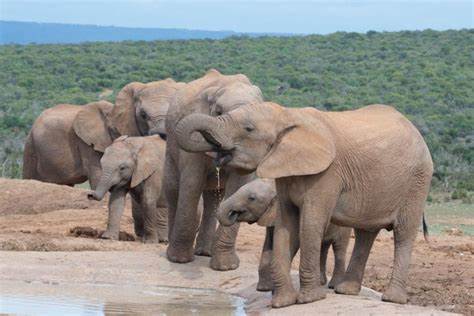 African elephants have evolved towards tusklessness in an area where they were intensively hunted for ivory, finds a study of elephants’ traits and genetics in Mozambique.

The results, published on October 21, in Science, could have implications for the recovery of elephant populations in the country.

Ivory trading was used to finance a civil war in Mozambique from the late 1970s to early 1990s. Poaching caused the elephant population in the country’s Gorongosa National Park to crash by more than 90 per cent, from more than 2,500 animals down to around 200 in the early 2000s.

Before the war, about 18.5 per cent of females were naturally tuskless – a trait that made them undesirable to poachers. Among the 91 female elephants that have been born since the war, the researchers show, that fraction has risen to 33 per cent.

Mathematical modelling by evolutionary biologist Shane Campbell-Staton at Princeton University in New Jersey and his colleagues has confirmed that this shift is the result of hunting pressure: the selective killing of elephants with tusks has led to the birth of more tuskless offspring.

Hunting has been blamed for causing rapid change in animals before. The size of horns on bighorn sheep (Ovis canadensis) in Alberta, Canada, for example, dropped by 20 per cent over 20 years of trophy hunting. And fishing is thought to have reduced the sizes of some fish species.

But it has proved hard to pin down exactly what’s happening genetically in these populations, and difficult to unpick the importance of evolutionary pressure from hunting compared with other environmental factors, such as climate change.

“It’s hard to prospect for these genes,” says Chris Darimont, a conservation scientist at the University of Victoria, Canada. “There’s controversy about whether harvest pressure matters in the first place; a lot of [wildlife] managers don’t want to hear that.”

If hunting does cause significant genetic changes to a small population of animals, Darimont notes, it can be very hard to restore the original traits.

Campbell-Staton and his colleagues noted that tusklessness is seen only in female elephants. This, and the pattern of inheritance of the trait, suggested that it is caused by a mutation on the X chromosome that is fatal to males and dominant in females – just one copy of a mutation is needed to cause it.

The researchers searched through the elephants’ genomes looking for regions on the X chromosome that differed between those with and without tusks and showed signs of recent selection pressure. They identified two likely candidate genes: AMELX and MEP1a.

In human beings, these genes are known to be involved with the growth of incisor teeth (the human equivalent of tusks).

The work offers strong evidence that hunting has caused this change, says Darimont. “They have this very compelling genomic data,” he says. “This is a wake-up call in terms of coming to grips with humans as a dominant evolutionary force on the planet.”

For the elephants, selection for tuskless females could have other knock-on effects. By looking at DNA in elephant faeces, the researchers learnt that tusked and tuskless animals eat different plants. “Because elephants are keystone species, changes in their diet can change the whole landscape,” notes study co-author Robert Pringle, a biologist at Princeton.

And because the tuskless trait is fatal to male offspring, it is likely that fewer elephants will be born overall, which could slow population recovery even though poaching has now been stopped in the park. “Tusklessness might be advantageous during a war,” says Pringle, “but that comes at a cost.”