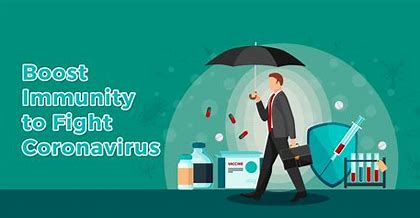 Late last year, studies showed that third shots (boosters) of Covid vaccines were effective at providing a little extra protection from infection – particularly in the face of the Omicron variant. Some countries are now offering fourth doses, but scientists say that endless boosting might not be a viable strategy, nor is it how these vaccines were meant to be used.

“We’re in totally uncharted territory for vaccinology,” says Danny Altmann, an immunologist at Imperial College London. “We’ve stumbled into a de facto programme of frequent mRNA boosters as an emergency measure, but this really doesn’t feel like the way to go.”

In early January, Israel began offering fourth doses to older and immunocompromised people and to healthcare workers, hoping to shield vulnerable groups from a wave of Omicron infections, says Ran Balicer, a public-health physician at the Clalit Health Institute in Tel Aviv. This week, preliminary data from Israel revealed that a fourth dose reduces the risk of infection and severe disease.

But researchers are debating whether a third dose will be enough to confer lasting immunity against Omicron and emerging variants in most people – or whether a fourth dose, or even regular boosters, will be needed, as they are for influenza.

Some researchers say that the answer depends on the desired effect – whether boosters are intended to prevent infections and slow transmission of the virus, or whether the goal is to reduce severe disease and keep people out of hospital. Others point to evidence that extra doses could broaden the immune response enough to recognize new variants. Most agree that we need new vaccines that offer wider protection against future variants.

Omicron changed the thinking around boosters, says Alejandro Balazs, an immunologist at the Ragon Institute in Cambridge, Massachusetts. That’s because, faced with the variant, people previously regarded as fully vaccinated now have “an antibody response that is insufficient to prevent infections”, he says.

As Omicron outbreaks have spread, boosters have been used to ramp up levels of neutralising antibodies, curbing cases and easing strain on hospitals1,2. But the concern is that boosters don’t block infections for long.

Data from Israel — collected between June and November last year when Delta was dominant — and detailed online ahead of peer review, indicate that the immunity from a third (mRNA booster) shot wanes within months, mirroring the decline after two doses.

Real-world data from the United Kingdom, collected in late 2021, suggest that immunity from boosters might decrease even faster against Omicron than against Delta. However, another laboratory study, posted as a preprint which has yet to be peer reviewed, suggests that neutralizing antibodies elicited by a third dose could sustain protection against Omicron infections for up to four months.

Because protection from boosters might be short-lived, rolling out endless doses – potentially at the expense of immunizing unvaccinated people in low-income nations – is not a “viable or reasonable” long-term global strategy, says Kanta Subbarao, a virologist at the Peter Doherty Institute for Infection and Immunity in Melbourne, Australia.

And, in a statement released on January 11, the World Health Organization (WHO) warned that “a vaccination strategy based on repeated booster doses of the original vaccine composition is unlikely to be appropriate or sustainable”.

Repeated booster doses of existing vaccines also probably offer only diminishing returns in terms of protection against future strains, says Miles Davenport, a computational immunologist at the University of New South Wales in Sydney, Australia. New vaccines that target specific variants are likely to be much more effective, he adds.

Whether four shots boost levels of infection-blocking antibodies any higher than a third dose remains to be seen, Davenport says, but that hasn’t deterred nations including Chile, Cambodia, Denmark and Sweden from offering fourth doses to specific groups.

The preliminary data released from Israel this week, on study participants aged over 60, does, however, suggest that a fourth dose, at least four months after a third shot, revives antibody levels, doubles resistance against Omicron infection and triples protection against hospitalizations, compared with only three shots.

Other studies, which looked at different parts of the body’s immune response, suggest that a third shot might already provide long-lasting immunity in most cases. Protection against severe illness seems more durable and is probably due to memory B cells and T cells, which remain capable of battling Omicron even as antibody defences decline.

Real-world data from the United States, the United Kingdom and Israel show that a third (booster) shot of an mRNA vaccine protects most people against hospitalisation for up to five months against Delta — and for three months or more against Omicron. This more durable immunity “also wanes, but to a lesser extent”, says Balicer, meaning that a third shot might be enough to prevent people getting critically ill.

Work led by Balazs further suggests that a third dose of an mRNA vaccine (which are used largely in the West) not only restores antibody levels but also potentially broadens responses to variants. After that booster, “the antibodies actually see Omicron now, where they effectively didn’t see it before”, he says.

“Hopefully, this third shot is enough” for most people to prevent severe disease and offer some protection against infection, Balazs adds. But some studies suggest that people who are immunised with inactivated-virus vaccines – such as China’s CoronaVac and Sinopharm jabs, which are widely used in middle- and low-income nations – might need two additional doses of an mRNA vaccine to combat Omicron.

Altmann says that, with differing levels of natural immunity from past infections in communities worldwide, and with people having had many combinations of vaccines, “we may need to take a deep breath and re-evaluate which approaches really give the most enduring immunity when overlaid on what we have so far”.

Rather than administering endless booster shots, says Balicer, a better way to slow the pandemic would be to develop new vaccines that “have a longer, enduring effect and that allow adequate protection against multiple existing and emerging strains.”

The first data on Omicron-specific vaccines are expected within months, although even that might be too late given how quickly the variant spreads. A pan-coronavirus vaccine that covers all strains as well as related viruses would be preferable, but “whether this will be possible isn’t yet clear,” says disease ecologist Marm Kilpatrick at the University of California Santa Cruz. “There is always substantial uncertainty when dealing with viral evolution.”

Peter McIntyre, an infectious-disease specialist at the University of Otago in Dunedin, New Zealand, argues that, until we have new vaccines, strategies should prioritise protecting individuals against severe illness, boosting to shield vulnerable groups and using antivirals to keep people out of hospital.

“We need to keep our focus very firmly on protection against severe disease,” he says. “That is the yardstick we should be judging ourselves by.”