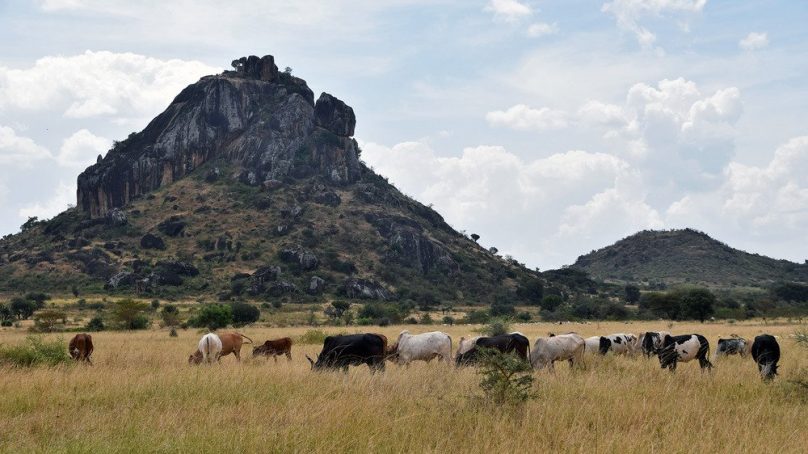 Since November 2020, about 150 people in north-eastern Uganda region of Karamoja have been killed by cattle raiders, according to Michael Longole, the police spokesman for Karamoja. A further 73 raiders have been killed by security forces, he added.

A government press release in September referred to 400 deaths, while the Karamoja Development Forum counted 600 deaths from raids between 2019 and July 2021.

In interviews across four districts of Karamoja, people remembered a time when cattle raiding conformed to some kind of social order.

Young men stole cattle to pay a bride price or simply to keep as wealth. They sought the blessing of elders before they went on a raid, and they slaughtered a bull as a mark of respect on their return.

But today, there is a growing feeling that the karacuna, or male youth, have cut loose from the community.

“People have lost respect for the elders,” said Simon Peter Lomoe, executive director of the Dynamic Agro-Pastoralist Development Association, a civil society group in Kaabong. “They used to tell people never kill women, never kill children. But now, the kind of generation we have these days no longer respects those things.”

Locals told stories of raiders raping and killing women, as well as ransacking houses and emptying the safe boxes of village savings groups.

“There is a new element of commercialisation, of thugs just agreeing to form a group to steal,” said Remigio Achia, member of parliament for Pian County and chairman of the Karamoja Parliamentary Group.

“Sometimes, when the security [forces] pursue them, they find the cows reach the tarmac road. You look on the other side of the road: There are no footmarks for the cows crossing,” Achia says. “You just find the lorries are there: The cows are loaded and taken.”

Many people in Karamoja are cattle-keepers who base their livelihoods on herd grazing, such as here in Kaabong district, November 26, 2021.

Peter Toyan, a cattle trader in Kotido, said the traffic in stolen cows pushes down prices in regional markets. “The raiders sell the animals cheaply and leave immediately,” he explained.

Leaders, activists and locals in Karamoja say soldiers are among those believed to be profiting from the insecurity. Some described finding army-issue bullet cartridges left behind after raids.

The allegation was denied by Brigadier General Joseph Balikudembe, commander of the Ugandan army’s 3rd Division, who is leading the military response in the region.

Balikudembe said some raiders were deserters from Local Defence Units, a state militia recruited to protect kraals, but that such incidents have stopped since the units were integrated into the army and transferred outside Karamoja last year.

The commander insisted that “the security situation is calm”, while acknowledging “some isolated incidents of cattle theft” by raiders.

But the heavy military presence in the region suggests otherwise, with the deployment of attack helicopters, surveillance drones, and armoured vehicles.

The army’s disarmament campaign collected 105 guns in the first three months up until the end of September, said Balikudembe. He did not give an estimate for the number of illegal guns in Karamoja, but the police spokesman put the figure at about 500.

In the same period, around 350 alleged cattle raiders were prosecuted by army court martial. The Ugandan government routinely tries civilians before military courts if they are accused of possessing weapons, despite judges ruling that the practice unconstitutional.

Balikudembe said the disarmament exercise is “concurrently voluntary and forceful”, combining an amnesty for those who hand in weapons with the use of cordon-and-search operations and mobile infantry squads. On the ground, the memories of past disarmament campaigns are still raw.

“Our word for the state institutions and government is ‘ariang’, which is ‘the rough one’,” said Longoli of the Karamoja Development Forum. “Our experiences are fraught with violence and arrogance and exploitation.”

Most people interviewed for this story said the army’s approach has been more measured than in the past.

Nonetheless, there is clear evidence of human rights abuses. Robert Kotchani, the representative of the Office of the United Nations High Commissioner for Human Rights in Uganda, said OHCHR had documented recent instances of torture, extra-judicial executions and disproportionate use of force by the Ugandan army in Karamoja.

“We have documented cases where people were tied to trees, beaten up seriously so that they can reveal where the guns are or instances where they are deprived of food for days,” he said. “People have shown us bruises, some cuts, broken arms, legs.”

Young men in the violence-prone area of Panyangara, speaking anonymously for fear of repercussions, described being trapped between the wanton violence of the raiders and the thuggish tactics of the army. Talk to the raiders, and the army will cane you: Talk to the army, and the raiders will hunt you down, they said.

The young men described one occasion when the raiders emptied the coins from a slot machine. As for the soldiers, “When they arrest you and they discover that you have some money, they will not release you until you give out that money.”

“People are on the run,” added another. “Right now, you find villages are just there without people.”