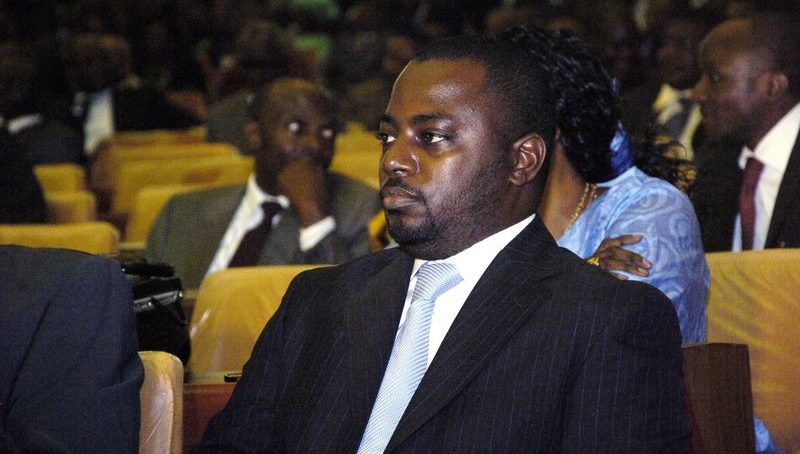 When the Democratic Republic of Congo (DRC) government handed a no-bid contract to a subsidiary of China Railway to rebuild and maintain the road from the mining hub of Lubumbashi to the border with Zambia, with tolls charged to fund the work, it opened further taps for free flow of illicit money.

The highway is the primary path for export the Congolese of copper and cobalt, making it one of the most lucrative routes in Africa. Each year, tens of thousands of trucks laden with metal pay the concession fee, currently $300, to make the round trip. The toll road generated a total of $302 million between 2010 and 2020, according to an unpublished government audit seen by Bloomberg.

Ekanga, it turns out, was also the chief operating officer of a private firm owned by the Kabila family, corporate documents and contracts reviewed by Bloomberg show.

SPI held a 40 per cent stake in the toll road business until 2015, and then took it over completely. The audit, by an anti-graft agency under the current government, claims that since China Railway’s exit six years ago, the toll company has misappropriated nearly $121 million. Bloomberg wasn’t able to independently verify the allegation.

Cong Maohuai, a Chinese businessman who owns the Kinshasa Hotel in which CCC had an office, told the consortium that he acquired control of the toll company in November 2016. However, information available at Congo’s corporate registry still lists SPI as the sole shareholder.

Cong declined to provide documentation proving the change of ownership, citing confidentiality requirements. He disputed the audit’s findings, saying: “I reaffirm that there was never any misappropriation” in the concession contract.

It’s not clear how much, if anything, SPI paid China Railway to take over the toll road firm in 2015. Minutes of a board meeting approving the share transfer don’t mention any compensation. But there are traces of what the company did with at least some of the money it made: It sent it to CCC.

CCC’s owner was an aspiring academic born in 1979 in Liaoning, China, named Du Wei. He began working in Africa in the early 2000s and in August 2016 wrote an article for Wuhan University’s Institute for International Studies bemoaning Chinese companies’ tendency to use “unscrupulous means” to win major projects, according to an article Du wrote that the Sentry cited in its report.

Du, who went by “David” in Congo, worked for Sicomines for three years until 2012, when he became a consultant for Kabila’s China agency, according to his LinkedIn profile. That’s also the year he incorporated CCC with Guy Loando, then a 29-year-old Congolese lawyer, and opened a company account at BGFI.

Between February and July 2013, CCC, which had no known construction projects, received $18 million from bank accounts in China and Hong Kong held by four offshore companies registered in the British Virgin Islands. The BGFI records list the justifications as “construction fee payment,” “other transfers” and “other.”

The toll road business also wired $1 million to CCC that June. Du sent most of the $19 million on to Kabila’s China agency through a series of identical cash withdrawals and deposits, rather than direct transfers, the records show.

Ekanga, the agency’s head, then promptly paid off a $14 million loan his office had taken from BGFI for the benefit of companies that were or would be linked to Kabila. The agency had wired half of the borrowed funds to another BGFI account that advanced the same amount to a cattle business Kabila would shortly purchase.

It also transferred $6 million to a building firm owned by two associates of the then-president, bank records show.

Neither Ekanga nor the agency’s spokesman responded to multiple emails, texts and phone calls from the consortium requesting comment. China Railway and Sicomines’ other Chinese shareholders didn’t respond to questions asking if they ultimately provided the funds to CCC or owned the BVI firms, which were created by the same Hong Kong-based corporate services provider that China Railway used to set up a subsidiary to hold shares in Congolese mines.

Sicomines later made three large payments to CCC, from June to September 2016, for a total of $25 million. Du distributed most of the money to companies and individuals linked to the president’s family, bank records show.

This included $7.5 million for a firm whose shareholders were Kabila’s sister and Selemani’s wife, $1.6 million that went to the owner of a vessel that transported animals including zebras, giraffes and wildebeests to Kabila’s private nature reserve in 2017 and $1 million sent to a director of the shipping company. A lawyer representing the ship’s then-owner declined to respond to a request for comment.

Note: The companies and individuals either declined to comment or didn’t respond to inquiries, with the exception of Zhengwei Technique Cooperation, which said it operates in compliance with Congolese law. It called the payment from CCC “normal commercial activity.”

Sicomines didn’t respond to questions from the consortium. The Chinese embassy in Kinshasa said its government “always asks Chinese companies working in the DRC to strictly respect local laws and regulations” and to “conduct cooperation projects in a win-win manner.”