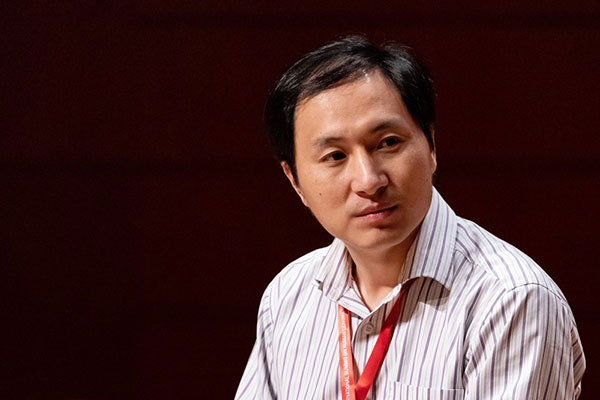 China’s powerful State Council is calling on research institutions to expand and improve their ethics training. The directive, one of several detailed in a comprehensive ethics statement, is intended to address gaps in oversight exposed when Chinese researcher He Jiankui shocked the world by creating the first babies with edited genomes in 2018.

Researchers have mostly welcomed the statement, which was released by the central committee of the Chinese Communist Party last month. They say it sends the strongest warning yet to scientists who might consider carrying out research that violates ethical norms, such as genome editing of human embryos. But some have also questioned how effective the document will be at preventing such practices.

The document is typical of many official statements – “full of very lofty principles and phrases and statements, but often kind of vague words,” says Jing-Bao Nie, a bioethicist at the University of Otago in Dunedin, New Zealand.

The challenge for China has not been in coming up with new rules, but a practical one of ensuring that these rules are followed, he says.

In late 2018, He Jiankui announced that he had used the gene-editing technology CRISPR-Cas9 to modify the genomes of embryos, with the intention of making them resistant to HIV. He then implanted those edited embryos into women. The experiments resulted in the birth of twins, and a third baby the following year, prompting international condemnation over He’s premature and risky use of gene-editing in embryos destined for implantation.

In late 2019, a Chinese court sentenced He to three years in prison. Earlier this month, media reported that he had been released.

The He Jiankui “case was a turning point” for research ethics in China, says Haidan Chen, a bioethicist at Peking University in Beijing. In the wake of He’s revelations, the government went through a process of self-reflection, holding workshops with researchers and officials across the country on what factors enabled He to do his experiments and what could be done to prevent this from happening again, says Chen.

In late 2019, the Chinese government set up the National Science and Technology Ethics Committee, a high-level group of experts to oversee governance of research ethics. The statement “is the first public, finalized” result of those efforts, says Xiaomei Zhai, a bioethicist at the Chinese Academy of Medical Sciences in Beijing, who is a member of the committee.

A key issue that emerged from the committee’s consultations was the existence of numerous ethics guidelines for different research fields, and inconsistencies between them, which created confusion, says Zhai. For example, He’s research using genome editing was overseen by the science and technology ministry, but then he implanted genome-edited embryos into women, procedures that are overseen by the health ministry. This patchwork of regulations made it easier for He to do what he did because it wasn’t clear which authority was responsible for regulating his work.

The new statement seeks to address this by covering all areas of research. The document also calls for more and better ethics training, especially for young scientists, and encourages public engagement and debate.

“It’s a good starting point,” says Chen. But similar ideas have been proposed in the past, and there is no guarantee that researchers will follow them, says Chen. “The most important thing is how we implement” them.

The document places primary responsibility for ethics governance on institutions, but also calls for the establishment of a science and technology ethics association, which could have a role. “This is really refreshing,” says Joy Zhang, a sociologist at the University of Kent in Canterbury, UK. Academic associations in China have conventionally played a limited role in regulatory discussions, but they could help enforce ethical norms, she says.

The document states that funding agencies, institutions and industry should assess violations and confer punishments in accordance with existing laws and regulations, including recovering funds, revoking awards and professional qualifications, and prohibiting access to public funds for a fixed period of time.

In the past, researchers might have gone ahead with ethically questionable research thinking there was little chance of getting punished, says Chen. Now they know they will be punished severely, she says. “The warning is stronger than before.”

But some researchers worry that the statement might deter those wanting to engage in scientifically valuable research topics that can be responsibly conducted but that could raise ethical questions, says Nie. “They will say ‘I will not bother because I do not want to get in trouble’.”

Nie adds that more work is needed to ensure that the more detailed guidelines that will follow the government’s statement allow scientists to safely report and firmly resist unethical behaviour. “We know universally, worldwide, whistle-blowers are often punished in various ways.”

Zhai agrees that the hard work is ahead. The science and technology ethics committee now plans to coordinate with ministries and research institutions to ensure that their policies align with the national policy, and expects institutions to regularly report progress.

The committee has also been tasked with creating a list of activities deemed high-risk, and has asked for suggestions from scientists. This research, which could include topics from stem cells to chimeras and nanomedicine, will be regulated through more stringent ethical reviews, and the application of these technologies will be treated with caution, says Zhai.

Blurred lines vs complementarity: Professional question the boundary between researchers and support staff