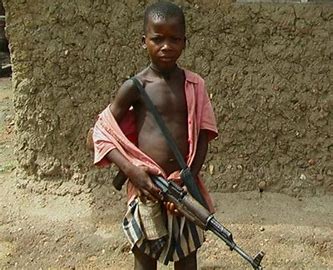 The UN Children’s Fund (Unicef) added its voice to that of Human Right Watch regarding “worrying reports” of child soldiers in Mozambique.

Speaking in Geneva this week, he said reports of young boys and girls abducted from their families and villages “match accounts by family members to Unicef’s field staff and partners”.

“This leaves little doubt children are forcefully recruited by this non-state armed group,” he said in reference to Al Sunnah wa Jama’ah (ASWJ), an al Shabaab affiliate at the centre of the insurgency in northern Mozambique.

The Unicef claims are hard on the heels of similar claims by New York-based Human Rights Watch (HRW). Its South African office reported “hundreds of boys, some as young as 12, are abducted and trained at bases in Cabo Delgado province after which they are forced to fight”.

Elder said recruitment and use of children in armed conflict is a violation of international law and all recruited for this purpose should be treated as victims.

“In addition to losing their families they are likely to have been exposed to extreme violence, sexual violence and abductions. Affected children will also miss schooling vital to their future wellbeing,” the Unicef spokesperson added, urging “all feasible measures” to ensure they are “demobilised, disengaged or otherwise released and provided with all appropriate protection services for their social reintegration”.

Unicef welcomed an agreement with the Mozambican Ministry of Defence to increase protection measures for children affected by conflict in Mozambique.

“Unicef continues to work in collaboration with the government and partners to prepare services needed by rescued children to support their physical and mental health and psychosocial wellbeing, as well as safe reintegration to communities,” Elder said.

Unicef said government forces rescued abducted children forcefully recruited by Islamic insurgents, but could not give further details on the numbers involved, for fear of jeopardising efforts to liberate more children.

“Children were rescued, not released” by militants, Elder told reporters in Geneva. They were saved by “government forces,” he said.

Thousands of children have been displaced since widespread attacks in March this year, Elder said. In conflict areas of Mozambique, UNICEF considers children to be at risk. Unicef is working with the Mozambican government to support the physical and mental health of rescued soldiers and aid reintegration into their communities.

The UN agency has trained Mozambican forces what to do should they encounter children with armed groups. The insurgency has killed more than 3,300 people and displaced at least 800 000 over the past four years.

In June Southern African nations agreed to send troops to help Mozambique respond to the insurgency, concentrated in the northern province of Cabo Delgado. Rwanda, not a SADC member, deployed soldiers in Mozambique a month later.