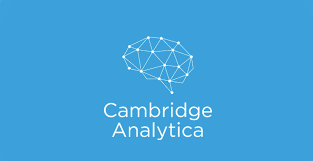 Infamous now-defunct data-mining firm Cambridge Analytica did not directly misuse data to shift votes in the Brexit referendum, nor did it work with Russia to meddle in the vote, a three-year UK investigation has found.

The organisation, which has in the past 10 years been blamed for electoral mess in Kenya, the United States and Britain, among others, was forced to wind up following serious allegations of interference in elections using data mined from social media platforms.

The lengthy investigation by the UK Information Commissioner’s Office (ICO) released its findings on Wednesday this week, found that Cambridge Analytica had broken no laws. The allegations ranged from data misuse to collusion with alleged Russian influence efforts, with its activities during the Brexit campaign.

The commission says it found no evidence the company had actively engaged with the vote at all.

The investigations also concluded that the data-miner’s vaunted psychological micro-targeting capabilities, based on an Orwellian database supposedly containing “5,000+ data points per individual,” appeared to be “an exaggeration” for marketing purposes.

The ICO analysed 42 computers, 700 terabytes of data, 31 servers and over 300,000 documents in the course of the three-year probe.

While they essentially came up empty-handed, commissioner Elizabeth Denham warned of “systemic vulnerabilities in our democratic systems” in a letter to MPs.

While acknowledging that investigating alleged Russian election interference was outside the scope of the investigation, Denham stated that the commission had not turned up “any additional evidence” of how Russia meddled with the Brexit vote in the course of digging through Cambridge Analytica’s data. No evidence of successful Russian interference in the UK referendum has yet been found elsewhere, either, as a long-delayed report on the subject finally released in July admitted.

While the Vote Leave campaign worked with Aggregate-IQ, a Canadian data-mining company with connections to Cambridge Analytica and the British firm crafted a proposal for UKIP early on which was never used, that seems to be the extent of the firm’s “guilt.”

However, thanks to its role in the 2016 US presidential contest, it has become a stand-in for fear of tech-enabled election-meddling, and it is unlikely the ICO report will clear its name.

Founder Alexander Nix was disqualified earlier this week from acting as a director of or participating in the formation or management of any UK company for seven years on charges that Cambridge Analytica and parent company SCL Elections Ltd marketed themselves as “offering potentially unethical services to prospective clients” such as bribery and “honey trap” stings, voter disengagement campaigns, opposition research, and anonymous rumour-spreading.

Cambridge Analytica, SCL, and several sister companies shut down in 2018 after whistle-blower Christopher Wylie came forward with information that blew their data-mining operations wide open. The company was found to have slurped up sensitive data on 87 million mostly-American Facebook users via a third-party quiz application just 200,000 people actually downloaded, then used that information to target political advertisements on behalf of the Trump campaign.

While Facebook struggled to dodge responsibility for allowing Cambridge Analytica to make off with such a massive information hoard, the tech giant was ultimately hit with a $5 billion fine – the largest ever meted out by the US Federal Trade Commission – over its failure to safeguard user data.

The ICO also fined Facebook £500,000 ($647,035) for allegedly meddling with the Brexit vote, an act Facebook challenged by arguing that the UK watchdog had no proof that British users’ data had been weaponised in political targeting at all.

While they finally settled last year without admitting liability, the social media behemoth appears to have been vindicated by the new ICO report.