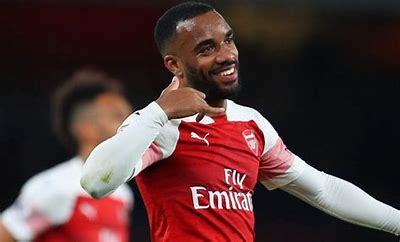 Alexandre Lacazette has confirmed his agents are beginning to explore potential moves away from Arsenal but insists he will wait until January before making a decision about his future.

The 30-year-old has entered the final year of his contract with Arsenal and will be free to negotiate with teams outside of the Premier League from the start of January. Arsenal were open to selling Lacazette in the summer, while the January window will be the last opportunity, they have to receive a transfer fee for the striker before he will be able to leave as a free agent in the summer.

“Of course, my agents are starting to look to the right and to the left,” Lacazette said in an interview with Telefoot. “But not until January, I really want to focus myself on something. And then we will see what is on offer, if the challenges are interesting, if there are beautiful projects, how they are counting on me… so there are still many questions, I prefer to wait until January to position myself.”

Speaking about Lacazette’s situation this week, Mikel Arteta stressed the importance of keeping communication open with the French striker.

“That’s a position that’s happening more and more in football,” Arteta said of Lacazette’s position. “He is not the only one, we have a few. That’s something we have to deal with, with contracts that they were coming from a few years ago, with certain particularities. We knew that was the case.

“I have already spoken with them individually about how we have to handle those situations the best possible way, and that’s it. It’s the situation that we have, whether you are concerned or not.

“Things have happened in the last few seasons for different players, where those possibilities are there. Sometimes the club has more control and sometimes the player has some more control.

“The important thing is that communication is clear, and the intentions of both parties, while they are together, are very clear.”