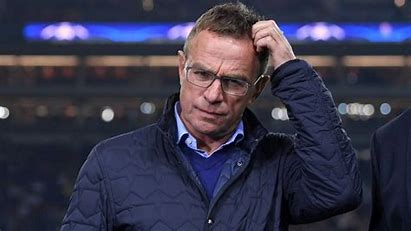 Huge changes are afoot at Manchester United after the club reportedly met two major demands of incoming interim manager Ralf Rangnick. The Red Devils are ready to turn to the wise, old German sage as they look towards a bright new era.

The Ole Gunnar Solskjaer regime was finally ended on Sunday after their embarrassing 4-1 loss to Watford last weekend. And it seems they have very quickly settled on Rangnick as a replacement.

Rangnick’s appointment will likely be confirmed imminently following extensive talks. He is expected to sign an initial deal until the end of the season, though will take a more measured consultancy role thereafter.

He will likely be in charge until a permanent successor is found with Mauricio Pochettino still the leading candidate. The German is known as an inspiration to many of the Premier League’s current coaches. Indeed, Jurgen Klopp and Thomas Tuchel are both disciples of Rangnick’s football philosophies.

Indeed, the 63-year-old is ready to make major changes to United – and it will all start on the training field. As per a report, United are already working with Rangnick ahead of his appointment to implement a number of changes.

As such, the Daily Telegraph claims Rangnick has gained access to videos of training ground sessions under Solskjaer. Rangnick wants to study the footage and produce in-depth analysis of the current squad from different camera angles.

And the paper reports that major changes to training are likely, including the introduction of his infamous countdown clock. As per James Ducker, Rangnick will introduce the very visible ticker at Carrington training sessions to encourage a high-intensity workout.

The German is seen as the Godfather of the gegenpress – a style much-used by Jurgen Klopp. The high-intensity pressing game has been a major facet of the Merseysiders’ success under Klopp. But a more intense version of that now looks likely at United.

Under Rangnick’s plans, he will also install an ‘eight-second role’ at Carrington. This requires players to win the ball within eight seconds before producing a shot on goal within 10 seconds of successfully reclaiming possession.

Players will also be able to hear the countdown clock during their drills, which he hopes will increase intensity and produce quick results. And at a stage of the season where United need it most, the change is likely to shake-up United’s training sessions in the extreme.

Rangnick has previously explained to DW’s Kickoff! Show the purposes of his countdown clock.

“We’ve had a countdown clock custom made for us,” he said. “The assistant coach activates it, and it starts ticking. We use it for a game called the ‘Eight Second Rule’.

“The players can hear the ticking and know they have to get the ball back within eight seconds, or if they have possession, they need to take a shot on goal within 10 seconds.

“The ticking can be irritating for them at first. But what we’ve noticed is this type of training can affect players within weeks. They adjust their style of play and it becomes an instinct.”

United, though, will remain under caretaker Michael Carrick’s charge at Stamford Bridge this weekend. He is confident the team will be well prepared to tackle leaders Chelsea.

Carrick will also be hoping for a similar result to Tuesday night when they secured an excellent win at Villarreal. Furthermore, he insists United’s stars will be able to adapt to anything new asked of them. Without naming Rangnick, he insists any new regime will get what they need from this crop of players.

“Listen, there are a lot of different styles in football and there’s a good group of players here so whoever comes in and whatever style is implemented I’m sure they can adapt,” Carrick explained.

“There is some real talent, some good really people and human beings within the squad. I’m sure they’ll look forward to what’s ahead.”