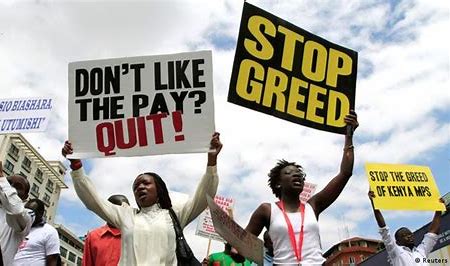 When Kenya descended into post-violence after the disputed 2007 presidential election, nearly all, if not all, of the approximately six million potential news voter the elections body expected to enrol in the ongoing mass voter registration were just under the age of five. Then the 2013 presidential poll was again disputed and brought the East African nation on the edge of another cycle of violence.

Five years later, the Supreme Court adjudged the 2017 presidential election to have been fraught with serious anomalies, nullified it and ordered a repeat that was boycotted by the opposition. As the country prepares for another election in 10 months, the Independent Electoral and Boundaries Commission (IEBC) is grappling with apathy that has seen an insignificant 900,000 people turn up to enrol. It in turn signals possible voter apathy as the election day, August 9, 2022, draws closer.

The verdict on the streets is the country is paying a heavy price for failing to live up to the test of fair, free, credible and transparent elections despite the heavy financial and technological investment.

When Kenya’s electoral commission launched its mass voter registration exercise on October 4, it always expected that reaching its target of registering six million new voters in a month would be challenging.

But by November 2 deadline, IEBC was shocked by the dismally low number of new registrations in all the 27,000 polling stations

Last week, the IEBC appealed to all Kenyans eligible to “take advantage of the remaining one week and register,” emphasising that staff were ready to enrol people in every ward.  But it seems not many are heeding the call.

Take Kenya’s coastal city of Mombasa, for example. Out of 190,237 potential new voters, a paltry 4,486 enrolled during the first two weeks of the drive – that’s less than to per cent. The rest of the country, including the capital Nairobi, has had similarly meagre registration rates.

Sked for comment on the low voter registration, IEBC did not respond.

“I haven’t registered as a voter because the elections were rigged in the past,” 26-year-old student Damaclyn Marieri said in Nairobi. “Secondly, after being voted in, some leaders disappear and don’t perform the role they promised,” she said.

During a recent Nairobi debate hosted by DW’s online magazine “The 77 per cent,” several young people said the current state of politics had turned them off registering.

“I need my voice to be represented. There is no need for me to go stand in line and register myself as a voter then vote for a person who won’t be elected because the result has already been predetermined,” said Wesley Mokoa during the 77 Percent street debate.

The 27-year-old digital media student added that he saw no point in voting for a leader who will disappear for five years and come back at election time and tell him: “You know what, I am back again.”

Kenya’s electoral commission initially set a target of recruiting some six-to-seven million new voters before lowering its goal to 4.5 million.  But even that figure won’t be met because “young people don’t see the motivation,” said Nairobi-based political analyst Martin Oloo.

“They don’t identify with anybody who is campaigning, who seems to have their issues in mind. For that reason, they [the youth] aren’t very enthusiastic. Most of them have no jobs and no hopes, so they’re not swayed by the political players,” Oloo observed.

One of Kenya’s leading newspapers, The Standard, reported last week that some young people were even demanding cash handouts before registering as new voters.

Student Wesley Mokoa said he had seen some leaders trying to use bribes to woo young voters on social media.

“As a young person, I feel like I don’t need to be coerced by these leaders to go and vote because I have seen their evils,” Mokoa said, adding that politicians’ behaviour was a major reason why so many of his peers were reluctant to vote.

“We are tired of leaders lying to us. We are tired of the [electoral] commission, we are tired of everything,” a frustrated Mokoa said, pointing to the failure of his country’s political class to solve the problem of youth employment.

And finding employment for young people of working age remains a significant problem. Kenyans protesting at huge salaries of members of parliament. But not registering to vote is like shooting yourself in the foot, says Paul Matheka, a civil society activist.

“Take your voter’s card and go use your right,” Matheka said, urging the young voters to pick leaders who will give back to the society. That is why we employ them,” Matheka explained.

Other big frustration among Kenyans, however, is that they see their lawmakers as doing little for their pay, which is among the highest in the world for politicians. Kenyan politicians earned an annual salary of $78,500 (€67,822) in 2020, according to PesaCheck, a Kenyan fact-checking initiative. When allowances and other perks are added, that amount almost doubles.

That means Kenya’s lawmakers earn 97 times more than Kenya’s per capita GDP of $1,710, PesaCheck finds. (Gross Domestic Product per capita is the total value of a nation’s output divided by its citizenry and is seen as a reasonably accurate measure of a country’s standard of living.)

Despite experiencing turbulence in its democratic journey, such as the 2007-08 post-election violence, the East African nation has remained stable politically. Since the introduction of multi-party democracy in December 1991, Kenya has had peaceful power transfers, albeit not without controversy.

But the low turn-out for voter registration should be a wake-up call, warns political analyst Martin Oloo.

“Low voter registration might as well lead to low voter turn-out, which will combine to make the [2022] election less credible,” Oloo said, adding that it sends a clear signal that the electorate doesn’t believe in its leaders. “It’s a huge dent in democracy if the trend is going to show in the voter turn-out.”

He doesn’t believe there’s much more that the IEBC or politicians could do to persuade larger number of young people in Kenya to register as voters. The IEBC is now hoping that it will have better success with its voter registration drive for the Kenyan diaspora scheduled for December.

IBEC chairman Wafula Chebukati said it would include six more countries in its diaspora voters roll, adding South Sudan, the US, the UK, Canada, Qatar and the UAE.

During the 2017 general election, Kenyans living in Uganda, Tanzania, Rwanda, Burundi and South Africa were allowed to cast their ballots.