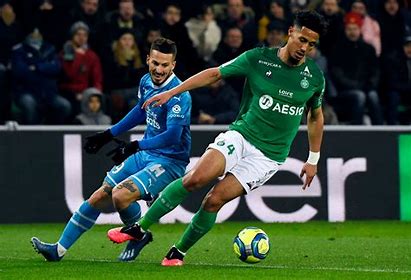 William Saliba is reportedly eyeing a return to the Arsenal fold at the end of his loan spell with Marseille, but doubts remain over whether he will be given a prominent role.

Arsenal signed Saliba from Saint-Etienne in 2019 in a deal worth £27 million. He was expected to represent the future of the club’s defence. But he is still yet to feature for the club and three years will have passed before he is able to.

The centre-back spent his first season as an Arsenal player back on loan with Saint-Etienne. He made 17 appearances that year to build up his experience. Many thought he would then get his chance back in north London.

But it wasn’t to be as he was left out of Arsenal’s squad lists for the 2020-21 season. After six months of being frozen out, he was loaned to Nice for 22 appearances in the second half of the campaign.

He once again faced a juncture in his career at the end of that spell and Arsenal took another decision to loan him out, this time to Marseille (despite an initial plan to keep him in the Premier League with Newcastle). So far, he has played 14 times for his temporary club.

One of those appearances, against Paris Saint-Germain in October, was ranked as the best performance of his career by the defender himself. Enjoying some better form, he will be giving his parent club something to think about for the long-term.

Saliba’s own plans have been unclear for now. He previously complained of how Mikel Arteta judged him. But it seems he is ready to repair those bridges. According to the Daily Telegraph, the 20-year-old has his eyes on a return to the Emirates Stadium for next season.

In fact, he is maintaining contact with some of his teammates back in the capital. He is said to have struck up a good rapport with Bukayo Saka and Eddie Nketiah in particular from the outset of his Arsenal career.

Furthermore, he is ready to embark upon a new course to develop his English, which he has a good understanding of but can still improve at speaking. Saliba has an “expectation” of returning to Arsenal in the summer, ready to prove himself. His contract with the club lasts until 2024.

Arsenal have been keeping close tabs on his progress. Technical director Edu and loan manager Ben Knapper attended the PSG game in which he shone.

But even so, there is no definitive answer yet as to whether he will eventually claim a place at the Emirates. The report reminds that Ben White and Gabriel Magalhaes are establishing themselves as Arteta’s first-choice centre-back partnership.

Furthermore, Saliba has made similar plans to return before, only to be shipped off elsewhere again.

An additional doubt is that the leadership figures at Arsenal have all changed since his arrival. He was brought to the club when they were led by head coach Unai Emery and executives Raul Sanllehi and Huss Fahmy.

Now the people he has to win over are Edu and Arteta. Although, the latter has already confirmed any decision will have to wait for the summer. For now, Saliba must continue to work at Marseille, where he is enjoying playing under the demanding coach Jorge Sampaoli.

In France, there is said to be “confusion” about why he hasn’t been given a chance back in England. There is still patience with the youngster given his age and form. But it remains to be seen whether he will ever get that opportunity with Arsenal.