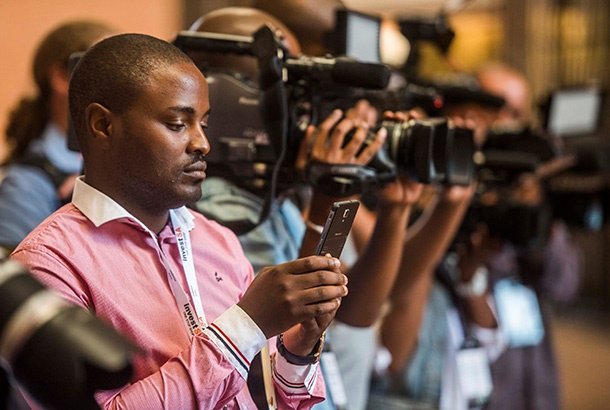 Angry Angolan citizens are venting their frustrations on journalists working for state-controlled media, accusation them of being sell-outs being used by the government to hide the ills perpetrated by the ruling elite.

This was the case on January 10 when six journalists from Angola’s state media were attacked by rioters as they were about to cover a taxi drivers’ strike in the capital of Luanda.

TV Zimbo and TV Palanca are both state-controlled, with the latter, alongside Rádio Global and Agência de Produção de Programas de Aúdio e Visual, taken over by the state last August.

One of the journalists quoted by the Committee to Protect Journalists (CPJ) said they were called sell-outs before rioters charged at them.

“Someone started to shout that we were ‘sell-outs’,” said Campos.Gama told CPJ that petrol had been splashed on them.

“I wasn’t seriously harmed physically, but I feared for our lives when I realised petrol was thrown at our backs, as we were rushing towards the nearby police station,” he said. “We were getting ready to launch the live signal when we were verbally and physically attacked, and almost burnt.”

In an interview with CPJ, Teixeira Cândido, the secretary-general of the Journalists Syndicate – an umbrella welfare organisation for media practitioners in the country, said state media journalists were being targeted and accused of biased reporting.

CPJ’s Africa programme coordinator, Angela Quintal, said: “As shown by the recent attacks on the TV Zimbo and TV Palanca news crews, reporters appear to be scapegoats for some citizens’ perceived anger toward the state.”

General elections are scheduled in Angola for August to elect a president and national assembly. Incumbent João Lourenço was eligible for one more term. CPJ feared as elections approached, journalists were increasingly in danger.

“CPJ is increasingly concerned that the environment for media freedom in Angola is deteriorating as the country approaches elections later this year. The press should be allowed to do its work free from intimidation and risk of assault so that all Angolans can enjoy their right to a diversity and plurality of news and information,” said Quintal.