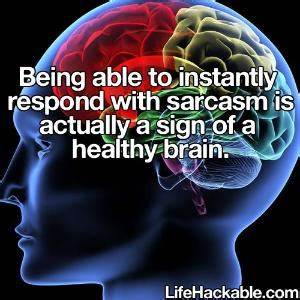 Mascagni depicted the vessels in the meninges around the brain, but other scientists dismissed the idea, arguing that the lymphatic system was separate from the central nervous system. It took more than two centuries for scientists to show that Mascagni was right.

Down the hall from Kipnis’s former lab at the University of Virginia was another team of researchers who, inspired by his work, began investigating whether lymphatic vessels play a role in concussions. Graduate student Ashley Bolte and immunologist John Lukens worked with mice to see whether a blow to the head affected the rodents’ lymphatic vessels.

After giving the mice a mild blow with a device that dropped a small metal rod on their heads, Bolte monitored their alertness, balance and reflexes and found that their behaviour didn’t change. She then injected tiny fluorescent beads into the cerebrospinal fluid to measure bead flow through the meninges, lymphatic vessels and lymph nodes.

By looking at the meninges and lymph nodes under a microscope, Bolte discovered that the lymphatic vessels’ ability to drain was significantly diminished starting just two hours after the injury and lasting up to two months. This suggests that even blows to the head that aren’t hard enough to cause symptoms can damage lymphatic vessels.

Recent studies have also shown that the drainage ability of lymphatic vessels worsens as mice age. If that’s also true in humans, it might be one reason older people have longer recovery times and increased mortality rates from concussions.

To simulate the effects of aging, Bolte destroyed part of the vessels in some mice by injecting them with a light-activated drug and shooting a laser through their skulls before giving them a mild hit to the head. Then she tested the rodents’ balance and coordination by putting them on a rod that began to rotate slowly and gradually accelerated over a span of five minutes.

Mice whose lymphatic vessels had been damaged had worse balance and motor coordination than mice with a concussion alone, she found. This suggests that pre-existing lymphatic damage worsens the symptoms of concussion, she says.

Representation of the brain meninges, made up of dura, arachnoid and pia layers. The lymphatic vessel is located in the meninges, and cerebral arteries and veins extend from the brain surface.

The brain’s lymphatic vessels are sandwiched between layers of the meninges – a set of membranes that surround and protect the brain and spinal cord and contain cerebrospinal fluid (CSF).

The vessels drain cellular and molecular waste from the brain to lymph nodes in the neck. Researchers have found that after minor blows to the head, the brain swells and pins these tiny tubes up against the skull, which diminishes their ability to drain properly.

Another set of experiments revealed that lymphatic damage also worsens memory impairments in mice after a hit to the head. In a standard test of rodent memory, Bolte put mice in a room with two plastic boxes for 10 minutes.

She then removed the mice and moved one of the boxes. When she returned the animals 24 hours later, mice without damaged lymphatic vessels spent more time examining the box that had moved — an indication they knew something had changed.

Mice with lymphatic damage didn’t do this, suggesting that they could not remember where the boxes had been the day before.

These findings by Bolte and Lukens, reported in their recent Nature Communications paper, may apply to athletes with a history of multiple concussions, who likely have damaged lymphatic vessels that don’t have time to repair in between hits, Lukens says.

The study “shows that even mild hits to the head can cause long-lasting ‘kinks’ in the lymphatic pathway,” he says. “Maybe one reason why repetitive traumatic brain injuries are so detrimental is that you have these kinks beforehand from smaller hits.”

Bolte and Lukens also began wondering if it might be possible to reduce the long-term impacts of concussions by fixing the faulty pipes. They knew that past studies in adult mice had reported that a protein called vascular endothelial growth factor C, or VEGF-C, can increase the diameter of lymphatic tubes and therefore enhance their ability to drain.

And so, the researchers introduced VEGF-C into the meninges of some old and some young mice and gave them a mild blow to the head two weeks later.

Following the concussions, the brains of old mice that hadn’t received VEGF-C had dangerously high levels of macrophages and microglia, cells that respond to an injury by removing damaged cells and molecular debris and can cause damage if left unchecked. But the old mice receiving VEGF-C had many fewer of these cells in their brains.

To the scientists, this finding suggests that by promoting growth in the lymphatic vessels, VEGF-C improves drainage and reduces inflammation in the brain, thus decreasing the injury’s intensity. “The growth factor fixes the faulty pipes that drain all of the bad things from our brain,” Lukens says.

This finding opens up the possibility that athletes could be treated with VEGF-C after a concussion to reduce brain inflammation and long-term complications, Lukens adds. But the findings are preliminary, and VEGF-C treatment is yet to be tested in people with a concussion.

The researchers also stress that lymphatic vessels aren’t the only part of the brain damaged after a concussion. Scientists have found that small hits to the head in mice impair the ability of neurons to take up dopamine, a key player in the brain’s memory process, which may be what leads to memory problems in concussion patients.

Animal and human studies also have found that concussions injure axons, the long extensions on neurons that convey signals to neighbouring neurons. This may cause a range of issues, including loss of consciousness and general confusion.

How exactly the lymphatic system is related to these other brain injuries is still unknown. “I think that injured lymphatic vessels are just one of many factors that are leading to the negative outcomes seen after traumatic brain injuries,” Bolte says.

If it panned out, a treatment like VEGF-C could be a game changer for athletes of all ages. Eric Nauman, a mechanical engineer at Purdue University, has been studying concussions for a decade. His research on high school football players has shown that repetitive hits to the head can lead to long-term issues, even if the patient isn’t showing symptoms initially.

Lukens and Bolte’s study may explain one mechanism that makes these concussions so detrimental, says Nauman, who co-authored a recent paper reviewing the research on mild head injuries in the Annual Review of Biomedical Engineering.

Currently, there are no approved medications to treat concussions. Part of the reason is that the blood-brain barrier, which surrounds the brain and prevents most molecules from entering, is a great hurdle for drug delivery. But because the meninges are not guarded by the blood-brain barrier, it may be far easier to create a drug that reaches the lymphatic vessels, Kipnis says.

In the meantime, the best strategy is to prevent concussions from happening in the first place by, for instance, lowering the pressure of soccer balls or changing the stance of football players on the offensive line. “From my perspective, this is a totally solvable problem,” Nauman says.

Yet many athletes like Zoe Aldrich still risk getting a concussion when they walk out on the field. Six years after being diagnosed, most of Aldrich’s symptoms have resolved, but she still struggles at times to find and spell words.

“I used to immediately catch spelling and grammar errors – they would never slip through before,” she says. “That part of me has changed.”