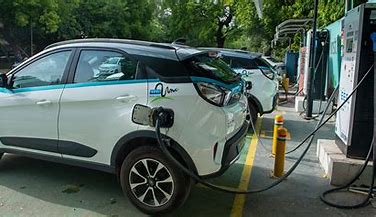 After years of hesitancy, demand for electric vehicles has soared with used cars tipping the balance

A few years ago, Greg Platt, an electric vehicle salesperson in Portland, Oregon, was having extraordinary success with a particular type of customer: foreigners. For a $250 fee, he’d ship cars north, where they usually crossed to western Canada by ferry. Other interested buyers would fly in from Europe.

Platt is still not sure why – it may have been exchange rates or local incentives or simply sudden enthusiasm for new tech. But the takeaway was clear: People in other countries wanted those cars, and Americans didn’t. So, Platt sold new EVs in the US and used ones elsewhere.

That’s all changed. Now, there’s no shortage of demand for EVs, new or used. For Platt, the problem is supply. His sales haven’t changed much, but now most buyers are American, and he thinks he could sell many more vehicles, if he could get them.

“Demand for EVs is astronomical, what people are willing to pay for them” is remarkable, he says. “I’ve never seen anything like this, and I’ve done this a long time.”

Used EVs are going mainstream. Half a million may be sold in the US by the end of the year, according to estimates by the start-up Recurrent, more than double sales of three years ago. Just a few years ago, used EVs were a hard sell. Now there are more options, more familiarity, fewer fears about batteries and range, and more public chargers, with even more on the way.

Platt describes the psychological shift simply: “It doesn’t seem any different than a normal car for most people.” It also doesn’t hurt that gas prices are way up.

At the same time, supply is constrained. Fewer new cars are available, in part because of the global chip shortage, pushing buyers to used ones instead. The EV market also temporarily lost one of its bestsellers, the Chevy Bolt, to a wide-ranging recall, just as those vehicles were being freed from leases and sent to used cars lots.

Altogether, prices for used EVs climbed even faster than for their gas-powered counterparts over the summer, according to data analytics firm Marketcheck.

Governments are jumping in, too. Local utilities have provided incentives for the EV-curious. States including Connecticut and Oregon offer rebates for pre-owned electric vehicles. Many of the programmes aim to get lower-income people into EVs because so far electric vehicle drivers tend to look a certain way: male, white or Asian, high-income, highly educated, homeowners.

In part, that reflects the cost of new EVs; even “entry-level” models like the $44,000 Tesla Model 3 and $31,000 Chevy Bolt are out of reach for many. But it’s also about where people live and whether they have access to charging at home or around town.

In 2020, California drivers represented 42 per cent of the one million new EV registrations in the US. In states like West Virginia and Mississippi, total registrations numbered in the hundreds.

Now Congress is considering something similar. The House of Representatives’ version of the Build Back Better Bill – still a work in progress on Capitol Hill – could for the first time give buyers federal incentives to buy a used electric car.

A recent draft includes a $2,000 credit for a car that’s at least two years old and then another $2,000 credit if its battery still has at least 40 kWh of battery capacity, which includes most all-electric vehicles.

The bill also includes a credit of up to $12,500 for any new electric vehicle, up from an older $7,500 federal credit that’s been phased out for big automakers like Tesla and General Motors as they’ve sold more EVs.

Environmental advocates say the tax credits could make EVs – new and used – more attainable for people with moderate incomes. They argue that EVs need to be more than a luxury commodity that’s been subsidised mostly for the rich.

And yet local programmes have struggled to attract takers, even among low-income residents. Oregon’s clean vehicle rebate programme, begun in 2018 for low- and moderate-income households, has seen just 516 buyers opt for used EVs, or about five per cent of the vehicles purchased through the programme. The rest bought new models.

Alejandra Posada, who manages the used EV rebate programme for Peninsula Clean Energy, an electric utility in San Mateo, California, cites several reasons for the slow uptake. Most participants in that programme, which launched in 2019 for low-income residents, were looking for cheaper vehicles that left them few EV options with extended range.

Those buyers were often single-car households and wanted an EV as their primary vehicle not as a second car for puttering around town, a more common situation for wealthier buyers. Over the first two years, around 30 of the programme’s 100 or so takers opted for fully electric cars, Posada says.

Most instead opted for plug-in hybrids, which typically have a few dozen miles of all-electric range before a gasoline engine takes over.

“It’s a high-touch job,” Posada says of setting people up with used EVs. That includes helping people navigate other incentive programmes to make the costs more reasonable. She talks through their uncertainties about batteries and range and the logistics of charging. Many people don’t know, for example, that they can plug an EV into a standard outlet.