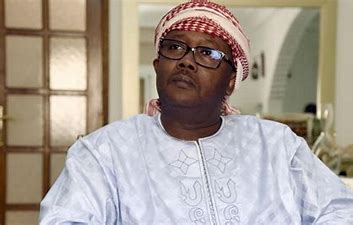 The resurgence of coups in Africa is a matter that troubles and frightens all of us. Within nine months, West Africa has witnessed successful coups in Mali, Guinea, Burkina Faso and a fourth apparent failed attempt in Guinea-Bissau on February 1, 2022, during a cabinet meeting and which Guinea-Bissau President Umaro Cissoko Embalo said left many soldiers dead.

The coup jinx does not appear to be an entirely West African phenomenon – Niger, Sudan and Zimbabwe have registered themselves on the list of infamy in recent years.  Numerous other attempts across multiple African jurisdictions have been recorded.

Since 1999, Africa hasn’t experienced four successful coups in one calendar year as we saw in 2021.  This is what has led to grave concerns with United Nations Secretary-General, Antonio Guterres describing the situation as “an epidemic of coup d’états.”

The tidal wave of coup d’états set off by the Togolese soldiers in 1963, seems to roll on unabated even in 2022. Since this first coup on the African continent, there has been an average of 25 coups every decade between the 1960s and 90s.

One would have thought that with the advent of the new world order, these democratic setbacks would have become a feature of the past.

A world order which places a premium on democracy, good governance, rule of law, respect for human rights, strong institutions and the increasing use of economic and political sanctions on those who falter. Ironically, it is this new Western-backed world order that we find coups very much in fashion, particularly in West Africa.

West Africa has been a hotbed of these coups. The sub-region kicked off the coup culture on the African continent and has so far held the dubious record of maintaining the lead in coups. The recent successful coup being the January 23, 2022 Burkina Faso military takeover. So far, it seems apart from Cabo Verde, every single country in West Africa has experienced a coup.

There has been a false sense of transition to a “stable democratic” order within the West African sub-region. But any neutral observer will admit that the coups, like our collective underdevelopment, have always been part of us even if the guns appeared to have been silenced somewhat in the 1990s when hope was emerging about a refreshing democratization wave.

ECOWAS, the sub-regional supranational body, has adopted a highhanded post-facto approach, including individual and collective sanctions, border closures, suspension of membership and threats of military invasion in dealing with these occurrences, yet these measures have not served as an adequate deterrent.

The forces pushing these military adventurers seem greater than the potential punishment or risks they are likely to contend with.

There is widespread global consensus that Liberal Democracy is facing a crisis of confidence. Freedom House’s 2018 Freedom in the World Report found democratic declines in 71 countries, while only 35 registered improvements.

The Economist Intelligence Unit has reported similar consistent declines in democracy over the last few years. Though scholars agree that democracy is sick across the world – there is general convergence that Africa’s situation is most severe.

The erosion of Africa’s democratic gains has been far-reaching. The African Centre for Strategic Studies has observed that since 2015, leaders of 13 African countries have “evaded or overseen the further weakening of term limit restrictions that have been in place.

In addition, many elections on the continent have not been free, fair and credible.  Frequent Elections have also not guaranteed genuine respect for democratic tenets.

A careful study of the Ibrahim Index of African Governance (IIAG) published by the Mo Ibrahim Foundation reveals how poorly many African countries, especially those affected by coups are faring in: security and rule of law; participation, rights and inclusion; foundations for economic opportunity and human development which are the key indicators measured by the IIAG.

An appraisal of Africa’s performance in fighting corruption when we come to analyse the Corruption Perception Index published by Transparency International is even more depressing – what we see is stagnation at best and deterioration at worst. 44 out of 49 African countries assessed by the CPI in 2021 scored below 50 out of a score of 100.  Only Seychelles, Cabo Verde and Botswana offer the continent hope.

The African situation is exacerbated by worsening terrorism and violent extremism in the sub-region following the chaotic overthrow of Col Muammar Gaddafi of Libya in 2011. Since then, sophisticated weapons have found their way into the hands of rebels and terrorists who have presented a formidable challenge to governments in the sub-region.

The Tuareg rebels, al-Qaeda in the Islamic Maghreb and Boko Haram are growing stronger and annexing more territory. It is instructive to note that last month’s coup-makers in Burkina Faso cited the worsening security situation as a major reason for the coup – they claimed to be responding to the massacre of some 50 Burkinabe soldiers in the Soum Province by extremists and the government’s failure to better equip the army.

What is even more intriguing, is the popular support and massive jubilation which these coups are greeted with by the African people. A clear paradox of the people’s democracy versus popular coups.

As a consummate democrat, I am convinced coups are not the panacea to Africa’s hydra-headed and intractable socio-economic challenges. That said, we must all concede that the promised democratic dividend has remained largely elusive on the African continent.

Africa’s version of democracy, which has been a sham at best in many jurisdictions and has rather produced a political and economic elite beholden to nepotism, cronyism, corruption, opulence and highhandedness often laced with blatant disregard for the rule of law cannot be kept in place.

It is time for the African Union and other sub-regional bodies such as ECOWAS to institute an independent monitoring and evaluation system that assesses the democratic health, stability and economic wellbeing of member states for frank peer review as a proactive measure to forestall more coups.

This independent assessment must be conducted regularly by credible African CSOs/Foundations in a transparent and scientific manner. Their findings must be made public to both enrich the African democratic discourse and also assure citizens that their leaders are paying attention to what really matters to them. This will shed the perception that AU/ECOWAS leaders have become a big-boys’ club only interested in regime protection.

The history of coups in Africa teaches us that coups are very contagious and tend to have a domino effect.  The horizon doesn’t look good. We cannot continue with mere sanction regimes after-the-fact and which clearly have deterred no one. I appeal, particularly to Ghana’s President and Chair of ECOWAS, H.E. Nana Addo Dankwa Akufo-Addo to consider this preventive and pre-emptive approach which I have humbly suggested.

We must also consider other geopolitical factors. It is emerging that the international community lacks a common position on these coups. It was quite unnerving to see Russia and China on January 12, 2022 block a UN Security Council Statement promoted by France and the United States intended to back ECOWAS sanctions on Mali following Mali’s military rulers’ refusal to abide by a February 27, 2022 deadline to conduct democratic elections and are rather proposing to stay in power for up to five years.

Related to that are growing tensions between Western allies and Russia over the role of Russia and the Wagner Group in Mali. Further poisoning the atmosphere is the growing popular campaign in French West Africa calling on France to leave and cut all colonial ties; then there is the recent expulsion of the French Ambassador from Mali, which have all created troubling images reminiscent of the Cold War era.

Africa’s destiny must be determined by its own people – the attempts by foreign powers to fish in troubled waters on the continent and import their escalating differences is the last thing the continent needs in these trying times.

As I conclude, may we in Ghana not be complacent but learn useful lessons from the turbulence all around us and do all in our democratic power to preserve our well-acclaimed stability by addressing our own faultlines of growing unemployment, political intolerance, deep polarisation, economic hardships, CPI stagnation, unpopular policies, resentment for the political class and lingering unresolved crimes.  We refuse to draw lessons at our own peril.