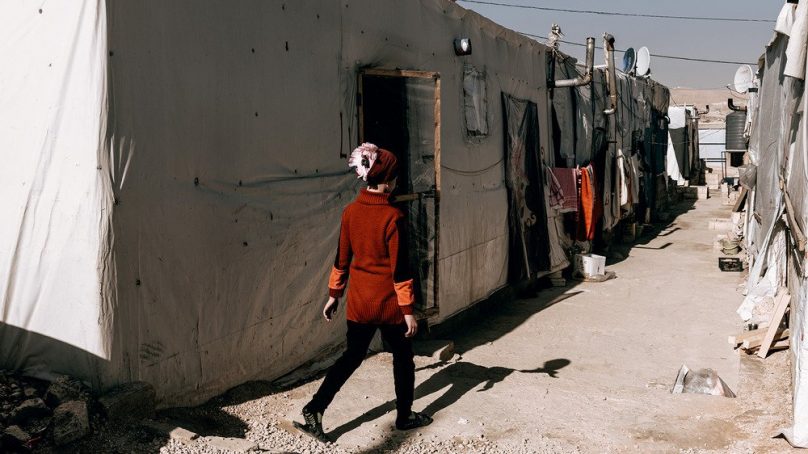 As a Syrian in Lebanon who has been involved with the refugee response from day one, I have seen first-hand how the desperation in this community has grown. Many families are struggling to survive, let alone support themselves and thrive.

And more and more Syrians want to get out, even though few actually can.

But as the crisis has dragged on and worsened, the attention of the international community has drifted elsewhere, leaving woefully inadequate resources to address the scale of people’s needs.

There’s an urgent humanitarian imperative for international actors to help us resist this trend, to increase the funding available to support Syrian refugees in Lebanon and to ensure the extra money is used as efficiently as possible.

The best way to do this is by listening to the refugees themselves, and increasing the proportion of funding to refugee-led organisations.

Nearly 11 years since the revolution in Syria began and violence escalated, around 1.5 million refugees remain displaced in Lebanon – accounting for nearly a quarter of Lebanon’s total population, the highest proportion of refugees anywhere in the world.

The government of Syrian President Bashar al-Assad has recaptured much of its lost territory and some countries are starting to point to a reduction in armed conflict to say it’s time for Syrian refugees to go home.

However, this argument ignores the continued lack of security in many parts of the country, and the human rights abuses – arbitrary arrest, torture, sexual assault, and killings – that have been carried out against returning refugees. Basmeh & Zeitooneh, an NGO I co-founded, works with many Syrians whose family members returned and were never heard from again.

It’s telling that just 0.8 per cent of Syrian refugees in Lebanon are contemplating a return to Syria, according to research by Refugee Protection Watch, a coalition of Lebanese, Syrian, and European humanitarian organisations that Basmeh & Zeitooneh is a part of.

This is despite the fact that Lebanon is in the midst of a profound social and economic meltdown marked by the highest inflation rate in the world and the Lebanese currency losing more than 90 per cent of its value since October 2019. The impact of this crisis is exacerbating factors that had already pushed Syrian refugees to the margins of Lebanese society.

Refugee Protection Watch’s research found that 70 per cent of Syrians in Lebanon have received no humanitarian assistance since the beginning of last year, and half of Syrian refugee children in Lebanon – 250,000 kids – aren’t in school: There’s no space for them in the public school system, their families cannot afford to pay for private school fees, and there isn’t enough funding from international donors to provide alternatives.

At one school Basmeh & Zeitooneh runs in Beirut, we have 2,000 children on the waitlist. Many of our students don’t just need educational support, their families also need assistance to get the most basic food on the table each day.

Given the situation in Lebanon – and the danger of returning to Syria – it’s unsurprising that 58 percent of Syrian refugees surveyed by Refugee Protection Watch said they want to go to a third country.

In the absence of a safe and legal route, that means people only have one option: to scrape together exorbitant smugglers fees of $5,000 or more – frequently with the help of relatives abroad – to try to travel by sea to Europe via Turkey, Egypt, or Libya. An increasing number are leaving directly from Lebanon as well: More than 1,500 people – including Lebanese citizens – attempted the journey in the first 11 months of last year, compared to 270 in 2019.

Only a minority of those who try to leave end up reaching their destination. But considering the impossibility of living a dignified life in Lebanon, even the long odds of successfully crossing the sea seem like a worthwhile gamble.

I know the terrible price these journeys can exact on those who make them: Many Syrian families I knew personally have drowned in the Mediterranean or found themselves nearly frozen to death in wintery forests on the borders of the EU.

Without serious efforts to improve conditions in Lebanon, and to open more safe and legal avenues for refugees to reach third countries, the deaths – and other abuses – that haunt the routes to Europe’s frontiers will continue.

More needs to be done to increase channels for legal migration, and European countries must remain steadfast in their opposition to forcibly returning refugees to Syria. But even as I write these words, I know the reality is that most Syrians in Lebanon will likely stay here.

That is why, instead of turning away, the international community needs to recommit to supporting the humanitarian needs of Syrian refugees in Lebanon – and it needs to get smarter about how aid is delivered.

Most big donors – including governments, UN agencies and international NGOs – treat refugee-led organisations as subcontractors of convenience. They don’t incorporate our expertise or invest in building our capacity to serve the humanitarian needs of the communities we are a part of. These dynamics are even evident at aid conferences, where I have often found myself talking to large audiences about the future of Syrian women while being the only Syrian woman present in the room.

There are, of course, exceptions: Both the Open Society Foundations and the Irish aid organisation Trócaire are setting an example for their peers by listening to the expertise of Syrian refugees, providing us with the training and support we request, and working with us as partners.

Overall, though, the donor community urgently needs to reinvest its waning attention in Syrian refugees in Lebanon, to listen to us, and to help us work to mitigate the dangers of the deteriorating circumstances here.