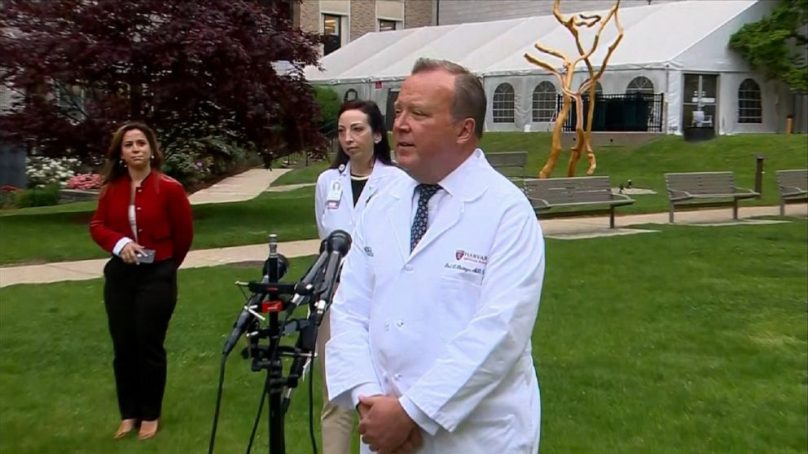 The rapid accumulation of monkeypox virus cases is ringing alarm bells. On Tuesday this week, the US Centre for Disease Control and Prevention (CDC) signalled it was worried about the state of the outbreak in the UK and the potential that cases would be found in other countries.

“We do have a level of concern that this is very different from what we typically think of from monkeypox,” Jennifer McQuiston, deputy director of the CDC’s division of high consequence pathogens and pathology, said.

“We don’t understand how many other cases could be out there in the UK, for example, with undefined chains of transmission. We have a sense that there might be some unusual methods of transmission, through intimate contact or some form of close personal contact that we’ve not previously associated with monkeypox.”

The World Health Organization (WHO), which previously designated monkeypox as a priority pathogen, has organised a meeting of experts on monkeypox and orthopoxviruses — the wider family of pox viruses – for early next week. Among the issues the experts will likely tackle is an apparent change in the epidemiology of the disease in countries where the virus is endemic that has occurred in recent years.

“We’re seeing a shift in the age distribution of cases. We’re seeing a shift in the geographic distribution of cases,” said Michael Ryan, executive director of the WHO’s Health Emergencies Programme. “We have to really understand that deep ecology. We have to really understand human behaviour in those regions and we have to try to prevent the disease from reaching humans in the first place.”

The monkeypox virus is related to the variola virus, which caused smallpox, a once dreaded disease that was declared eradicated in 1980. The symptoms of monkeypox are similar to but milder than smallpox.

Infected people develop flu-like symptoms – fever, body aches, chills – but also swollen lymph nodes. With one to three days of the onset of fever, a distinctive rash appears, often starting on the face. Many conditions can cause rashes but the monkeypox rash has some unusual features, notably the fact that vesicles can form on the palms of the hands.

In countries where it is endemic, the virus is believed to mainly spread to people from infected animals when people kill or prepare bushmeat for consumption.

Once the virus jumps to people, human-to-human transmission can occur via respiratory droplets – virus-laced saliva that can infect the mucosal membranes of the eyes, nose, and throat – or by contact with monkeypox lesions or bodily fluids, with the virus entering through small cuts in the skin. It can also be transmitted by contact with clothing or linens contaminated with material from monkeypox lesions.

Cases outside of Africa have been rare, though there was a large outbreak in the United States in 2003 that involved 47 confirmed and probable cases in six states. That outbreak, the first reported from outside of Africa, was traced back to the importation of small mammals from Ghana.

McQuiston said the number of exported cases from Nigeria in particular appear to be at odds with the reported number of cases in the country itself.

“I think that we are concerned about the number of exported cases in travellers we’ve seen. And to have so many of them in the last few years is simply a flag to us that there’s a lot more monkeypox transmission happening in Nigeria than perhaps the [official] numbers would suggest,” she said.

“And I think it also is a flag to us that the more traditional routes of transmission that we think of such as hunting wild animals, contact with bushmeat, living at that interface between the jungle and small communities does not seem to be a driver of transmission in terms of what we see happening. And so that makes us cast a wider net about what risk factors might be.”

There is a vaccine that was licensed in the US in 2019 for people 18 years of age and older to protect against smallpox and monkeypox, Bavarian Nordic’s Jynneos. A second vaccine, ACAM2000 made by Emergent Product Development, protects against smallpox and is thought to offer some protection against monkeypox.

Both vaccines are licensed only for people considered at high risk of contracting the disease.  In the 2003 outbreak in the US, smallpox vaccine was used.

The US holds supplies of the vaccines in the Strategic National Stockpile, a hedge against public health emergencies. “To combat a smallpox emergency, the SNS holds enough smallpox vaccine to vaccinate the entire US population. In addition, the SNS has antiviral drugs that can be deployed to treat smallpox infections, if needed,” a spokesperson for the Department of Health and Human Services said via email.

The WHO’s Van Kerkhove noted that some of these products have been licensed using what is known as the animal rule, where animal efficacy data are used as a surrogate because the lack of circulating smallpox means the vaccines or drugs can’t be tested for efficacy in people. As a result, any such product could only be used in the context of a clinical trial, she said.

“There are options. We just have to make sure that they’re used appropriately. One of the things related to vaccines is we want to make sure if the vaccines are needed and used, they’re used among populations that need them the most. There’s not ample supply of anything right now,” she said.

Still, she expressed confidence the outbreak can be controlled.