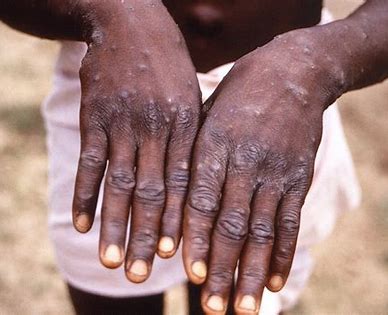 The United States confirmed a case of monkeypox infection on Wednesday in a man who recently travelled to Canada. It is not yet clear if the man, who lives in Massachusetts and who traveled to Canada by car, is connected to the growing outbreak of monkeypox cases in Europe.

The case was announced in a statement posted on the website of the Massachusetts Department of Public Health. Confirmatory testing was done by the Centers for Disease Control and Prevention, which had warned earlier Wednesday that cases in this country were likely to begin to be detected.

“Given that we have seen now confirmed cases out of Portugal, suspected cases out of Spain, we’re seeing this expansion of confirmed and suspect cases globally, we have a sense that no one has their arms around this to know how large and expansive it might be. And given how much travel there is between the United States and Europe, I am very confident we’re going to see cases in the United States,” said Jennifer McQuiston, deputy director of the CDC’s division of high consequence pathogens and pathology.

McQuiston said in an email on Wednesday that it has not yet been determined if the Massachusetts case was part of the growing European outbreak.

The development adds the United States and possibly Canada to a growing list of countries reporting monkeypox cases in an outbreak first spotted in the United Kingdom. The Public Health Agency of Canada said in a statement late on Wednesday that no cases have been reported at this time.

Maria Van Kerkhove, who leads the emerging diseases and zoonoses unit in the World Health Organization’s Health Emergencies Programme, said Spain has now confirmed some cases and other countries will join this list.

“We have had positive cases identified in the UK, Portugal, and Spain. And we expect there will be others,” Van Kerkhove told STAT on Wednesday.

Earlier in the day Spain announced that it was investigating eight suspected cases, and Portugal said it was investigating more than 20 suspected cases, five of which have already been confirmed. It is not currently clear if the outbreaks are linked to each other or to the one in the UK, where nine confirmed and one probable case have been reported.

If they are connected, it is not yet known if the virus spread from the UK to Europe, or the reverse. Nor is it known how long the virus has been spreading in these countries. “Clearly, it’s been going on for a few weeks,” said Van Kerkhove.

Most of the cases have been detected in men who are gay, bisexual, or are men who have sex with men, she confirmed, but cautioned against over-focusing on that fact.

“We’re finding where we’re looking,” Van Kerkhove said, noting that countries have been contacting sexual health clinics asking about patients with unusual rashes. It is important that other health care providers in other settings — general practitioners, dermatologists, and others — are aware of the possibility they might see monkeypox cases so that if the virus is spreading more broadly, they take adequate precautions and those cases aren’t missed.

The details that have come to light so far raise the prospect of an outbreak that is even more geographically widespread, said Michael Osterholm, director of the University of Minnesota’s Center for Infectious Disease Research and Policy.

“There could be dynamic transmission here that we just haven’t appreciated because of the potential number of contacts,” he said, adding it will be important to collect information about how much intimate contact patients have had and where those contacts may have come from.

Tom Inglesby, director of the Center for Health Security at the Johns Hopkins Bloomberg School of Public Health, said a number of countries outside Central and West Africa, where monkeypox is more common, have experience coping with introductions of the virus, so there is a possibility that the outbreaks will be “relatively small.”

“I think that’s still probable, given the past,” Inglesby told STAT. “But on the other hand, this is starting off with much more of a foothold, in a much more distributed way, and we don’t understand how it got … into those networks.”

“This could have the potential to move around and is going to require pretty strong public education efforts in affected communities and maybe even more broadly, so that people recognize the possibility” of monkeypox infection, he said.

The UK Health Security Agency announced Wednesday that it had detected two additional cases, bringing to nine the number reported there this month. Prior to this outbreak the UK had only ever detected seven monkeypox cases. The two latest cases had not traveled to the countries where monkeypox virus is endemic, and have no known links to any of the prior cases “so it is possible they acquired the infection through community transmission,” the agency said in a statement, adding that recent cases have been predominantly among men who identify as gay, bisexual, or who have sex with men.