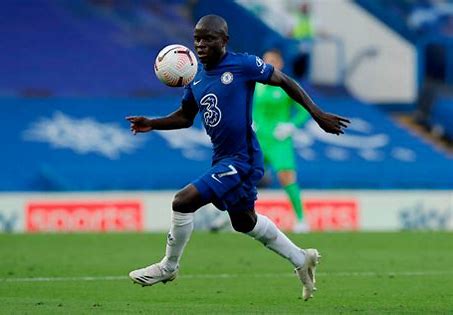 Chelsea manager Thomas Tuchel bemoaned his team’s missed chances in the 1-1 Thursday night draw against Leicester, but had special praise for midfielder N’Golo Kante, whom he compared with Liverpool’s Mo Salah in terms of the pivotal role he players in the middle of the pack.

However, in a more cryptic comment, Tuchel revealed that time may be up for the France international, who has come to a symbol of box-to-box midfielder.

N’Golo Kante managed just 72 minutes before being taken off and replaced by Ruben Loftus-Cheek. When asked about Kante’s future at Chelsea, Tuchel went on to compare him with some of the sport’s biggest names.

On Kante’s fitness, Tuchel continued, “Last year, I think in the last five matches of the Champions League, they handed him the trophy. I think they handed it to him even before the match. This is huge for us to solve it. I don’t play him but it’s a fact we miss him a lot and he brings something unique in world football. He can lift everybody up and make the difference.”

On Thursday, the Blues went behind just six minutes into the game at Stamford Bridge when James Maddison fired past Edouard Mendy. They soon began to dominate possession though, with the equaliser coming in the 34th minute.

Reece James picked out Marcos Alonso with a nice chipped pass, and the Spaniard beat Kasper Schmeichel with a crisp volley.

Chelsea had chances through Romelu Lukaku and Trevoh Chalobah but couldn’t convert.

Their best opportunity fell to Christian Pulisic. Lukaku squared for the American and he had the goal at his mercy, only to completely miss the ball from just a few yards out.

That meant Chelsea drew for the 11th time in the Premier League this season.

During the post-match press conference, Tuchel said, “We were the better team and deserved to win. We didn’t allow any chances, got punished by a shot from outside the box.

“We created enough to win, didn’t allow transitions and chances for Leicester. So, I am fine with the performance.

“It’s a bit of a broken record – we did not take what we deserve.”

Chelsea face already-relegated Watford on the final day. They have pretty much secured third place as Tottenham are highly unlikely to match their goal difference.