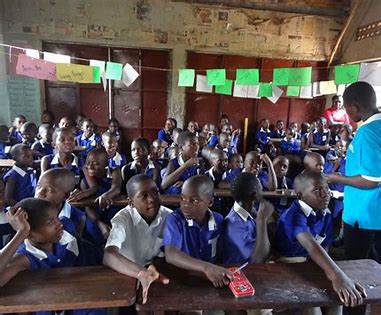 Researchers at the seventh World Conference on Research Integrity, in Cape Town, South Africa, have been hammering out the equity issues plaguing science partnerships that span the global north-south divide.

Several sessions at the event were dedicated to the design of a soon-to-be-published document called the Cape Town Statement on fostering research integrity. The conference – the first to be held in Africa – ran from May 29 to June 1.

The statement will offer guidance on how researchers from low- and middle-income countries can become equal partners in international projects. The organisers hope that having a set of principles for fair and equitable partnerships will help scientists from the global south to speak out against unfair practices.

These include not being properly credited or pursuing research questions imposed by collaborators from the global north that do not benefit local communities.

Although not all international collaborations are problematic, unfair and inequitable practices are rife, says Lyn Horn, who heads the office of research integrity at the University of Cape Town. She is formulating the statement together with a group of researchers and ethicists.

“Even people and funders with very good intentions perhaps don’t understand how entrenched some of their practices and processes are,” she says.

Amos Laar, a public-health researcher at the University of Ghana in Accra, says that the development of the statement on African soil by African researchers will empower scientists to challenge inequity.

Researchers in low- and middle-income countries often collaborate with peers from wealthier ones. This can bring advantages in the form of secure funding, which might not be available locally and better career prospects as a result of working with prestigious institutions. Their partners from higher-income countries benefit, too, because they gain access to local communities and expertise.

But these collaborations can be fraught with inequity. Sometimes the research is funded and led by overseas scientists who arrive with a fully formed research question that either doesn’t address the issues of local people, or disregards their customs and traditions. Local researchers often have little involvement outside data collection and fieldwork, and in some cases they are not given fair credit for their contribution.

An analysis of 94 papers on Covid-19 published in 10 of the leading medical journals that contained content relating to Africa found that two-thirds of the authors were not from the continent, and that one in five articles had no African authors. Researchers might also be unable to access the resulting data, if they are uploaded to servers in institutions the global north.

In the worst cases, local researchers have no involvement at all – a phenomenon called helicopter science – or do work that would not be ethically approved in wealthier countries, a situation known as ethics dumping.

“The statement is going to open up space for people to proactively engage on these issues,” says Francis Kombe, director of EthiXPERT, an organisation in Pretoria, South Africa, that promotes ethical research, and one of those involved in the formulation of the Cape Town Statement.

On May 16, a paper outlining the issues and possible solutions was published on the OSF preprint server for discussion at the conference. It includes a preliminary list of key values and principles – such as accountability, mutual respect and fairness – that are important for fostering equality and could be incorporated in the statement.

The document also proposes actions that funders, research-team leaders, institutions, journals, publishers and scientists involved in these partnerships can take to redress the balance. Those leading the discussions at the conference will now finesse the text of the statement and hope to publish the work in a journal later this year.

“The fact that we have contributed to the generation of these principles makes us feel that they are ours, we can lead by them,” says Laar. “Otherwise, it is pushed down upon us from elsewhere.”

The statement comes amid a wider reckoning about the power dynamics in international research collaborations. Some wealthier institutions have launched initiatives to try and make their partnerships with researchers in low- and middle-income countries more equitable.

Researchers from a network of Finnish institutions that do international-development research are working on a set of ethical guidelines to help to decolonize academic partnerships.

And the London School of Hygiene and Tropical Medicine – a prestigious UK research university – is currently reviewing its global partnerships. Last year, an independent review commissioned by the university found evidence of racism and inequality there.

Now, its researchers are working on a formal policy about how best to engage with partners in less-wealthy nations, says Patricia Henley, head of research governance and integrity at the institution.

“We’re taking a step back and really looking at what we are doing, why are we doing it and how can we do it better,” she says. The policy will include ways to make sure that research questions stem from the local community.

Institutions still face hurdles when trying to work more equitably, she points out. Many research funders in the United Kingdom still insist that scientists from the wealthy nations lead the work and approve the ethics, for example. “Why does it have to be so focused on the northern institution? I think that’s a throwback from the colonial days,” Henley says.

Back in Cape Town, the pressure is now on, Horn says. The final version of the statement should not be “too broad and too wishy washy”, and should emphasise how unfair practices can affect the integrity, validity and trustworthiness of research, she adds.

But change will not happen overnight, and the first steps will be small ones, says Kombe. “The statement cannot solve everything. Once the statement is out, it’s going to plant a seed in everyone’s mind that is going to germinate into something that is going to have a very long lasting impact on the research enterprise as a whole.”