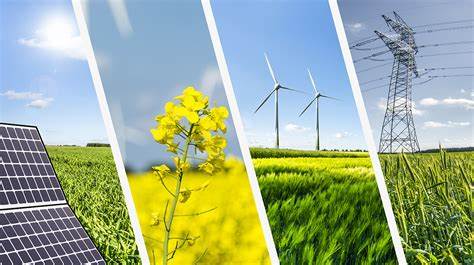 Africa stands at a precarious juncture, where the transition from fossil fuels to renewables intersects with the economic benefits of a strategically managed oil and gas industry.

Down one road, the continent expands exploration and production of its vast natural gas and oil reserves to bring electricity, fuel and financial power to millions. Down the other, it yields to pressure to help achieve climate targets, including outright bans on fossil fuels that would eliminate funding for natural gas projects.

Is it possible to put one foot on each path? Absolutely. Doing what is best for Africa and what is right for the environment do not have to be mutually exclusive. Some form of balance is always possible.

On a continent where millions of families are using traditional, hazardous biomass for cooking, where 600 million people lack access to reliable electricity, the idea of leaving valuable oil and, especially, natural gas, in the ground seems neither practical, palatable, nor appropriate.

In fact, as the African Energy Chamber’s newly released African Energy Outlook 2021 says, beyond the calamity created by Covid-19, in the short-term, the drive to curb carbon emissions is one of the conventional oil and gas industry’s biggest challenges — and one of Africa’s, too.

Curbing emissions is a noble and essential goal. The problems associated with climate change aren’t something we can look on from afar and let someone else worry about. After all, Africa is considered more vulnerable to the effects of climate change than many other areas, especially since so much of the population depends on regular rainfall to grow food crops.

With a warming planet bringing drought and dust storms to one part of the continent and floods to another, affecting quality of life and livelihoods, we know first-hand how important climate justice is. We also understand that it’s our responsibility as global citizens to participate in energy transition.

Energy transition, the so-called path from fossil-based to zero carbon, cannot be applied with a broad brush. What will work in Norway isn’t always feasible in Namibia. What makes for sensible policy in London isn’t necessarily pragmatic in Lagos.

For one thing, Africa uses so little energy now, our emissions from oil and natural gas are minimal. In fact, the World Economic Forum estimates that if all of sub-Saharan Africa tripled its electricity consumption overnight using only natural gas, the additional CO­2 would be equivalent to just 1% of global emissions.

Admittedly, as rising incomes and population growth propel energy demand in Africa — we have the fastest growing population in the world, as well as the youngest — greenhouse gas emissions are likely to increase as well.

That is, unless we follow an intelligent, modern energy plan that incorporates renewables along with natural gas. There’s room for both, as well as need: While solar power and wind can help provide electricity to fill the current and impending power void, neither can furnish feedstocks for industry, gasoline for transportation, or process heat for manufacturing.

Harnessing a renewable resource for electricity is something African has history with. We have been using hydropower for decades. It makes sense, then, that we can transfer our experience to the adoption of solar power.

In fact, when it comes to solar power the future, pardon the pun, seems bright. Africa has already made considerable progress using solar photovoltaics (PV) to capture and convert abundant sunlight to ample energy. South Africa, for example, has eight of the 10 largest solar plants in Africa; the continent’s largest is in Morocco.

At the same time, we have also seen advances in bringing off-grid, home-scale solar systems to rural villages in sub-Saharan Africa. The International Renewable Energy Agency (IRENA) suggested that, with the right policies in place, by 2030 Africa should be able to generate more than 70 gigawatts (GW) of solar PV capacity. Considering 1 GW could realistically power 300,000 American homes, that’s a significant figure.

According to the International Energy Agency (IEA), demand in Africa today is 700 terawatt-hours (TWh), with the vast majority — more than 70 per cent — of the total derived from North African economies and South Africa. But the IEA predicted that by 2040, the fastest demand growth will come from sub-Saharan nations.

Can solar scale up to meet accelerated needs in time? Without natural gas in the energy mix — especially without the gas-to-power initiatives that are part of the 2030 Roadmap — will people remain in the dark?

NJ Ayuk is executive chairman of the African Energy Chamber, CEO of Centurion Law Group, and the author of several books