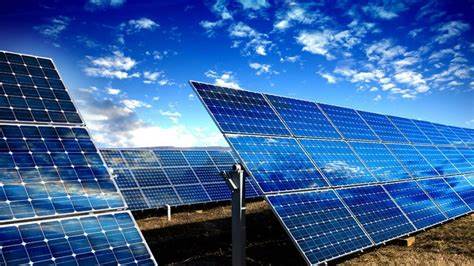 What can be done to take natural gas off the banned fossil fuels list? The biggest concern about the continued use of natural gas comes down to one word: flaring.

Flaring is the practice of routinely burning off associated natural gas that is produced from the reservoir during oil production. Flaring is often done for technical, safety or regulatory reasons, but there is no denying that routine flaring, which happens when the economics do not support using the natural gas, is a waste of a precious resource.

And even though nearly all — 99 per cent — of natural gas is combusted when flaring is done under the right circumstances, when there are problems with the flame or other operating conditions, flaring can create a significant environmental problem.

Estimates from satellite data put the amount of CO2 released into the air by flaring at 300,000 tonnes per year. And, unfortunately, that figure is on the rise: Between 2018 and 2019, the total increased by three per cent.

It is worth noting, however, that most of the increase during that period came from three countries: the United States, Venezuela and Russia.

Specifically, emissions during gas flaring rose 23 per cent in the United States alone. Venezuela’s total increased by 16 per cent and Russia was up by nine per cent. If you include Iran along with the other three, just four countries were responsible for 45 per cent of all global gas flared between 2017 and 2019.

By contrast, in the rest of the oil-producing world, gas flaring has declined, down approximately 10 per cent between 2012 and the first quarter of 2020.

That includes Nigeria, where flaring has dropped 70 per cent over the last two decades and Angola, where reducing flaring is part of a programme to capture natural gas and convert it to liquefied natural gas (LNG) for export.

State-owned Sonangol has partnered with four oil and gas majors, Chevron, BP, Eni and Total to develop a $12 billion offshore project to produce 5.2 million tonnes of LNG per year.

It is heartening to know that five African countries – Algeria, Cameroon, Republic of Congo, Gabon, and Nigeria – are among the nations, companies and organizations that have joined in The World Bank’s Global Gas Flaring Reduction Partnership (GGFR).

This forward-thinking group is dedicated to identifying and overcoming the barriers to flaring reduction on a country-by-country basis. Through research, sharing best practices and advancing flare measurements and reporting, GGFR is equipping the world to live with natural gas, the fossil fuel with the lowest carbon footprint, rather than try to live without it.

Like GGFR, the African Energy Chamber also seeks to balance what on the surface may seem like competing interests. While their mission is to make plentiful natural gas even cleaner so it remains a viable alternative in tomorrow’s modern energy mix, we would like to see a diversified energy industry in Africa where people and local businesses benefit from both fossil fuel activities and clean energy production.

We have only to look as far as Kenya to find a pertinent example.

The nation, which is home to East Africa’s largest solar generation plant, derives 93 per cent of its electricity from renewables. Along with wind and hydropower, solar is responsible for increasing the proportion of the population who have access to electricity from 63 per cent in 2017 to 75 per cent today — a nearly 20 per cent increase in just three years.

As renewables become increasingly affordable, it is likely that wind and solar development will continue, although for now, it is tough to find investors and financing to bring new projects online.

Economics are also at the heart of Kenya’s new oil and gas developments, and in a positive way. With the discovery of the massive Turkana fields in the nation’s north-western region, Kenya has an opportunity, albeit one that may be years away, to grow its oil and gas service sector, continue its new role as an oil exporter, and further diversify its economy.

Legislation regulating oil exploration and production and outlining revenue-sharing will help local communities as much as they protect the government and companies.

As the African Energy Chamber has stated, we are all for a diversified energy mix and are looking forward to seeing cleaner energy developments surface across the continent. Currently, however, solar and wind projects rely on global value chains, which limits their ability to support local jobs, business opportunities and capacity building.

Until this can be resolved, the renewable energy industry simply cannot offer Africa the same value as a strategic approach to our oil and gas industry.

Natural gas production is particularly important, not only because of the role it can play in alleviating energy poverty, but also because of its potential to be monetised, to facilitate infrastructure development and to foster the creation and strengthening of other sectors.

Africa needs natural gas to light the way in both a literal and figurative sense. Our future is at stake, and we need to make our voices heard: We can curb emissions without cutting off a pathway to economic growth for the 20 African nations that have natural gas reserves.

We can embrace clean energy without missing out on a critical means of giving more African households and businesses access to electricity. That is a message we cannot let others drown out.

The road to energy transition might be bumpy, but the idea of banning all fossil fuels makes it exceptionally treacherous, if not impassable, for Africa.

NJ Ayuk is executive chairman of the African Energy Chamber, CEO of Centurion Law Group, and the author of several books