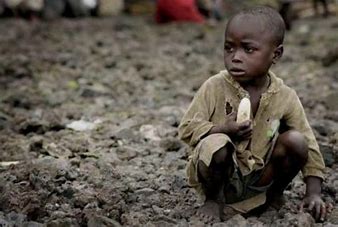 Poverty is on decline world over, now governments eager to use science to fast-track erasure of absolute want

Among the many casualties of the coronavirus pandemic are the poorest of the global poor. Not only are they the ones who are usually hit hardest by the virus, but they’ve also borne the brunt of virus-induced wreckage in the world’s economies.

Before the pandemic hit the past four decades had seen global poverty rates plummet to less than a quarter of what they were in 1981. But that trajectory halted abruptly in the infamous year 2020, which kicked nearly 100 million people back into “extreme poverty,” defined as living on less than $1.90 per day. Nobody knows when or if they will recover.

Even in the United States, where the effects have been cushioned by trillions of dollars in federal pandemic relief, the economic recovery is leaving behind women, Black people and other historically disadvantaged groups.

The good news, though, is that the fight against poverty and inequality is resuming with tools and programmes that are more effective than ever before, thanks to a quiet revolt against business-as-usual that is increasingly being embraced by researchers, activists and government officials.

Known as the evidence-based policy movement, this shift in people’s thinking dates back more than 100 years. But it really took off when tax revenues cratered after the Great Recession of 2008, says Sara Dube, director of the Pew Results First initiative.

“States were searching for any sort of tangible tools or processes that could help them make the most of very limited resources,” says Dube. And the evidence-based approach offered them just that. Instead of just fielding more and more social support programs designed the standard way — via “good intentions, inertia, hunches, partisan politics, and personal relationships,” as a 2013 op-ed put it — the idea is to first apply the methods of science to see if the programs actually work.

Recent decades have seen a dramatic decline in the absolute number of people living in extreme poverty, defined as living on less than $1.90 per day, in nearly all regions of the world and despite continued population growth. Before the Covid-19 pandemic, as seen in this projection from 2019, that decline was expected to continue for many areas at least until 2030.

A prime example is the once popular “scared straight” intervention, which tried to steer at-risk juveniles away from crime by showing them how awful prison could be. It seems like common sense. But whenever this approach is subjected to the same kind of randomised controlled trials used for testing drugs and other medical treatments – that is, whenever researchers compare a random selection of subjects who get the intervention to a control group of similar individuals who do not — the results are unequivocal: Scared-straight programs are worse than useless.

If anything, they lead to an increase in criminal behavior. Many (though not all) jurisdictions have now abandoned them.

The use of randomised controlled trials to assess social programmes, honoured by the 2019 Nobel Prize in economics, is one of the most powerful methods in the evidence-based toolkit. Another, honoured by the 2021 economics Nobel, is exploiting “natural experiments” in which similar groups do or don’t get a treatment by happenstance.

An oft-quoted example is when New Jersey raised its minimum wage in 1992 and neighboring Pennsylvania did not: A comparison of the two states’ subsequent employment growth showed that higher labor costs did not depress hiring, despite the dire predictions of many traditional economists.

Still another method is to mine the troves of “administrative data” that government agencies routinely gather about the people they serve. These data streams, which include school attendance records, court documents, housing inspection results and much more, can be aggregated into a rich portrait of how people live, how they are faring and how various programmes affect them.

Congress gave a ringing endorsement to this kind of analysis when it passed the Foundations for Evidence-Based Policymaking Act of 2018, which requires each federal agency to make its administrative data publicly available (with appropriate privacy safeguards), and to develop a formal plan for evidence-based program evaluation.

Of course, none of this is going to solve the problem of poverty anytime soon; it’s far too complex and entrenched for quick solutions. But by putting the focus on data, as opposed to ideology and guesswork, the evidence-based policy movement is providing a much surer path toward that goal.

To see how this works in practice, consider what evidence can tell us about the newly prominent (and highly contentious) notion of giving everyone a basic income — no strings attached.

Compared to projections from 2017, the last year with official global estimates, the Covid-19 pandemic knocked an estimated 97 million people back below the extreme poverty line.

To the extent that poverty is just about being broke, giving people cash is the obvious solution. And of course, many developed nations do that already, through food stamps, unemployment benefits, child tax credits, welfare payments and a multitude of other cash transfers.

What’s different about the basic income idea is the “no strings attached” part: The payments would go to everyone, with no work requirements and no questions asked about how rich or poor a recipient might be. (That’s the theory at least – many proposed programs do in fact include restrictions on who would receive the money.)

This is actually a very old idea, dating back at least to Thomas More’s 1516 fantasy Utopia. It helped shape the Social Security system during the 1930s, when Depression-era agitation to give the elderly, a universal basic income was widespread. And it’s enjoying quite the resurgence in the United States these days – most notably during the lead-up to the 2020 Democratic presidential primaries, when candidate/tech entrepreneur Andrew Yang drew outsized attention with his proposal to tackle poverty and technological unemployment by giving every adult American $1,000 per month.

But Yang was not operating in a vacuum. In 2019, for example, Stockton, California, had already started sending $500 per month to a selection of households in the city’s low-income areas, making it one of the first modern US cities to start a randomised controlled trial of a basic income. And many other cities have followed suit, especially during the economic chaos of the pandemic.

Perhaps not surprisingly, advocates on the political left see the basic income as a way to restore dignity and stability to chaotic lives, not to mention helping poor people pay for basic needs like food and shelter. But the idea has also drawn substantial support from conservatives — including such libertarian icons as the late economists Milton Friedman and Friedrich Hayek. If nothing else, goes the libertarian argument, a basic income could largely do away with the current welfare state: Instead of asking governments to micromanage dozens or hundreds of individual social programs, each with its own rules and bureaucracy, just give people the money to spend as they wish on the open market — and let them take responsibility for their choices.