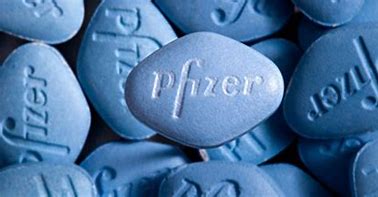 The story of how magical pill Viagra became – accidentally – a revered source of happiness for men continues with another ‘accident’ on the horizon after scientists discovered that the Blue Pill has the potential to prevent the onset of Alzheimer by nearly 70 per cent for six years.

The new research findings published in the Medical News Today this week reveal that “an association between taking sildenafil and a 69 per cent reduced risk of Alzheimer’s disease over the following six years. The researchers knew where to look because a computational model had already identified the drug as the most promising of 1,600 potential treatments for Alzheimer’s.”

Sildenafil, better known by its popular name Viagra, has an even more interesting history with regard to being the unintended solution to medical conditions. Other than erectile dysfunction, there encouraging findings about Viagra’s efficacy against pulmonary cancer and cardiovascular diseases.

“Originally developed as a treatment for angina, researchers soon discovered it had little effect on that condition but was highly effective at treating erectile dysfunction. So much so that participants were reluctant to return their surplus tablets at the end of the trial,” according to the Medical News Today report.

Since then, it adds, Viagra has become one of the best known and most prescribed drugs in the world. It is also used as a treatment for pulmonary hypertension and severe altitude sickness in humans as well as a cure for jet lag in hamsters.

This latest twist in the Viagra story is an outstanding example of how an existing drug can be repurposed to treat a condition seemingly unrelated to its original purpose.

It may be that erectile dysfunction and Alzheimer’s are not entirely unrelated after all.

But the MNT report says, “Viagra powerfully stimulates the production of nitric oxide in the body, and this molecule is known to be linked to the development of atherosclerosis, cardiovascular disease, and Alzheimer’s disease, as well as playing a critical role in erectile dysfunction.”