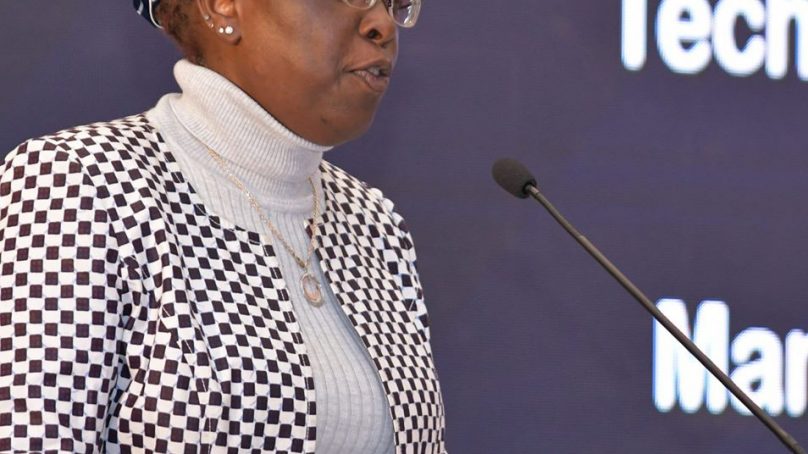 Despite publicly retreating on the push to force Kenya and by extension to allow trade plastics and petrochemical products, American Chemistry Council (ACC) is said to be quietly lobbying Washington to force concessions for exports during ongoing bilateral trade agreement negotiations between the two countries.

The push by ACC has elicited strong response from the Greenpeace Africa, a non-governmental organisation that campaigns for clean environment, which has been lobbying African governments to reject pressure by American plastics industry that would turn the continent into a dumping ground.

Kenya banned manufacture and sale of single-use plastics bags in 2017 to curb environmental pollution. Two years later, the ministry of tourism and wildlife extended the ban to protected areas such as wildlife sanctuaries and waterbodies, a decision that did not go down well with manufacturers.

“We are here to represent the voices of more than 20,000 people who are concerned about the future of our country and continent at large. We want to send a clear message that we will not allow any lobbyists or the plastic industry to derail us from the progress we have made in the continent. Kenya cannot be coerced into lowering its environmental standards by corporations who put profits before people and the environment,” Greenpeace Africa senior political advisor Fredrick Njehu says.

After months of pressure, Kenya’s Cabinet Secretary for Industrialisation, Trade and Enterprise Development Betty Maina agreed to meet representatives of the Greenpeace and receive 20,000-strong petition that called for a firm position against American lobbyists.

American plastics and petrochemical products manufacturers deny piling pressure on their government to arm-twist Kenya and Africa to open their markets to US plastics products.

In response to Greenpeace Africa and Kenyan environmental activists, ACC said it was committed to a clean and habitable environment – whether in the US or the rest of the world.

“America’s plastic makers are committed to recovering used plastics from the environment – both in the United States and in developing countries. Emerging technologies together with better recycling and new product designs are changing business models and bringing a new era of excitement and hope to the challenge of managing plastic waste,” the trade agency says in a statement posted on its website.

ACC says it is willing and ready to contribute knowledge and expertise “on trade and plastics as part of a public comment period around newly launched trade negotiations between the United States and Kenya.”

ACC submitted public comments and participated in a public hearing along with a diverse group organisation who are equally committed to engaging in dialogue about how these issues may impact their constituents.

In a statement, Greenpeace Africa says, “The proponents of single-use plastics are pushing for more plastic production and exportation into Africa, which could undermine progress made by countries to ban single-use plastic products and combat pollution. The plastics and petrochemical industry plans to use the US-Kenya Free Trade Agreement negotiations to push for investments in plastics products, market access for recycled plastics in Africa and importation of plastics waste.”

The controversy stoked by the trade agreement has drawn in the US Senate and House of Representatives, which want the executive to oppose the export of more plastics to Africa.

Prior going to the polls last month, 62 lawmakers from the US Senate and US House of Representatives urged President Donald Trump to oppose the export of more plastic waste to Kenya and support Kenya’s actions to curb the production of wasteful single-use products.

In Nairobi, US Ambassador to Kenya Kyle McCarter, assured Nairobi that Washington is willing to proceed with the FTA with Kenya, respecting its environmental restrictions.

Despite the support environmental activists seem to be getting from the US, it has called for caution until the free trade deal is done and dusted and appealed CS Maina should not undo the progress made in environmental protection.

Says Njehu, “Kenya’s government must conduct an environmental, social and human impact assessment of this trade agreement to inform its position. Such analytical work will enable the government to include provisions which align with the sustainable development objectives in order to improve the livelihoods of its people. With the ban on the use and manufacture of single-use plastic carrier bags and the recent ban on plastic in protected areas, Kenya has made significant progress to reduce plastic pollution.”

The plastics and petrochemical industry plans to use the US-FTA negotiations to push for investments in plastics products, market access for recycled plastics in Africa and importation of plastics waste. Greenpeace Africa and its supporters are urging the Ministry of Trade to say no to this deal

In April, ACC members of that include Shell, Exxon, Total, DuPont and Dow, proposed investments in recycling in Kenya, provided that the recipient country accepts US plastic waste. Kenya would in turn get about 500 million tonnes of plastic waste exports from the US per year.

Until January 2018, most of the world’s plastic waste was sent to China. Beijing decided that the environmental risks were not worth it and refused to continue. That led to plastic exports to Africa quadrupling in 2019.

But lack of infrastructure and rapid urbanisation mean Africa faces challenges just in managing its own solid waste. Researchers led by Jenna Jambeck have estimated that Africa’s total mismanaged plastic waste may more than doubled from 4.4 million metric tonnes in 2010 to 10.5 million metric tons in 2025.