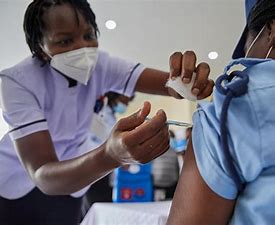 More than 10 billion doses have gone into arms in a remarkably short period of time, but scientists warn that woeful inequities in access remain.

In little more than a year, 10 billion doses of Covid-19 vaccines have been administered globally, in what has become the largest vaccination programme in history.

Many nations began rolling out vaccines in late 2020 and early 2021 and since then more than 60 per cent of the world’s population – 4.8 billion people – have received at least one dose of one of more than 20 different Covid-19 vaccines that have been approved by nations for use around the world.

“The world has never seen such rapid scale-up of a new life-saving technology,” says Amanda Glassman, executive vice-president of the Centre for Global Development in Washington DC. “The effort under way is inspiring.”

But, as researchers warned last year when the first one billion doses had been administered, there are still huge inequities in access, with just 5.5 per cent of people in low-income nations having received two doses.

By contrast, many of the world’s high- and middle-income nations are now pushing ahead with progammes to deliver third, or even fourth doses (see ‘The path to ten billion’), with these boosters currently making up around one-third of all Covid-19 vaccine doses administered each day worldwide.

Some scientists caution that this continued inequity increases the risk of new SARS-CoV-2 variants emerging from poorly vaccinated populations.

“As an African, the real significance of reaching 10 billion vaccines administered is the extreme inequity that exists in vaccine distribution between the global north and global south,” says Mosoka Fallah, founder of Refuge Place International, a public-health organization headquartered in Bassa Town, Liberia. “Until we correct this inequity, the world will continue to see new variants.”

At present, just 16 per cent of people across the entire African continent have received even one dose of a Covid-19 vaccine. Wealthy nations have been donating surplus vaccine doses to low-income nations, but Fallah says that if patents were to be waived on existing vaccines — an issue that is currently the subject of debate at the World Trade Organization in Geneva, Switzerland. It would allow more countries to make their own vaccines, increasing supply.

Despite these issues and the challenges with distribution, reaching the milestone of 10 billion doses “is an unprecedented global moment,” says Soumya Swaminathan, chief scientist of the World Health Organization, based in Geneva. “It is a huge scientific achievement that 10 billion doses of vaccines to a new pathogen were developed in two years from its identification.”