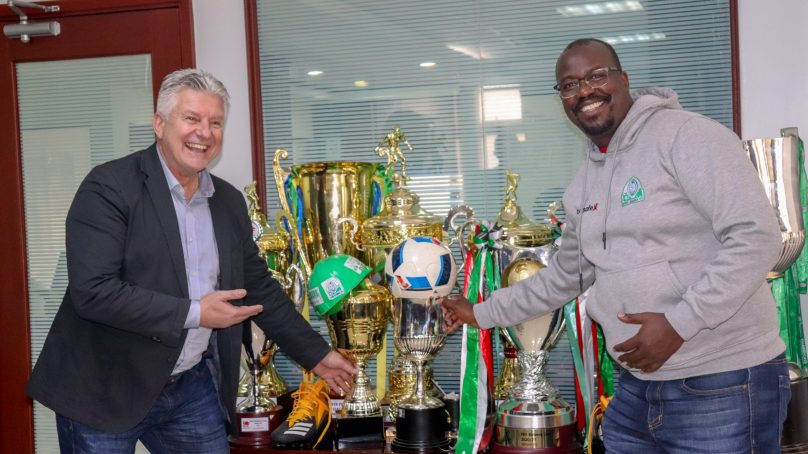 Gor Mahia’s new coach Andreas Spier has promised to transform the Kenyan giants into a cohesive and ‘big impact’ team capable of talking on the best in Africa.

Talking exclusively to Tell, less than 12 hours after touching down in Kenya, the German coach said his initial assessment of the current squad is that it requires massive reengineering to give it an edge over rivals in the Kenya Premier League. He is going for immediate “big impact,” he says.

In their last five matches in KPL, K’Ogalo have been a pale shadow of the team fans are accustomed to, pummelling opponets at will. The lowest point being a loss of 3-0 to the unfancied Posta Rangers.

The massive loss touched off allegations of deep-seated indiscipline. Some players allegedly reported for training drank, while others reportedly skipped training to force the Gor Mahia management the settle their salary arrears.

The technical bench headed by Harrison and Sammy ‘Pamzo’ Omollo were rendered helpless as they lost the dressing room confidence. Consequently, they were shown the door and replaced by Spier who says discipline is key to the success of the team; therefore, he was not going to compromise on the requirement.

A senior Gor Mahia official told Tell at the Camp Toyoyo training ground that the change of guard on the bench was urgent. The official dismissed earlier reports that Ugandan coach Paul Nkata had replaced Harrison.

“Where is he? Who hired Nkata? We know nothing about Nkata. When social media starts a rumour, it can be misleading,” he said, before granting Tell permission to talk to the new coach.

Although the interview was given a thumps-up, some Gor Mahia scouts interrupted it, forcing Spier to call it off. The scouts also forced the Tell delete the clip, but it was already trending.