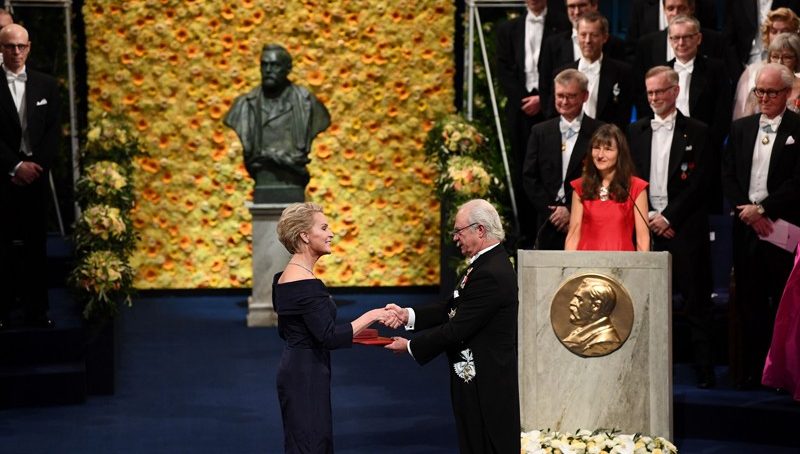 The decision to award this year’s science Nobel prizes exclusively to men has been met with an outpouring of frustration and disappointment from scientists.

Last year was relatively good for Nobel prize gender equality: three out of the eight 2020 science laureates were women. But any gains for increased diversity were wiped out this week when all seven winners of the three main science prizes were men.

Of the more than 600 Nobel medals awarded in scientific disciplines, just 23 have gone to women.

The lack of diversity among the recipients of Nobels and other prestigious scientific prizes is frequently discussed. Since the Nobels were first awarded in 1901, there have been just four female physics laureates, 12 female physiology or medicine laureates and seven female chemistry laureates.

But this year feels different, says Imogen Coe, a biologist at Ryerson University in Toronto, Canada. The tone of criticism has changed, she says, and the issue has become more mainstream, with more men weighing in.

Over the years, Coe says, her feelings towards the Nobels shifted from excitement to anger when they were repeatedly awarded to the same demographic, and then to what she calls “meh-ness” today. This, Coe says, is because “they represent so much that is wrong with our reward and recognition systems in science”. She now sees the prizes as “an annual reminder of all the work that still needs to be done”.

Göran Hansson, secretary-general of the Royal Swedish Academy of Sciences in Stockholm, which awards the science Nobels, says that the prize-selection committees are taking steps to be more inclusive. These include asking more women to nominate laureates, and emphasizing the need to consider diversity in letters sent to potential nominators.

Progress is being made, albeit slowly, he says. “We’re starting from a low level and we still have too few women in the top positions and with the resources needed to make scientific breakthroughs.”

But the idea that there is simply a time lag, and that women will catch up once the increased participation trickles through, is “false rhetoric”, according to Amanda Moehring, a behavioural geneticist at Western University in London, Canada.

Moehring tweeted data showing that the proportion of female physicists getting PhDs since the 1980s far outweighs their representation among winners of the physics Nobel.

“The steps the Swedish academy has discussed are kind of like putting a Band-Aid on a gaping and infected wound,” says Kelsey Johnson, an astronomer at the University of Virginia in Charlottesville. “Are these steps in the right direction? Perhaps. But there is also a danger that people will think those actions ought to be sufficient and go back to business as usual, and it isn’t that simple.”

Among major science awards, the Nobels stand out for their lack of women and other under-represented groups, says Lokman Meho, an information scientist at the American University of Beirut, who this year published1 an analysis of prestigious prizes. Between 2016 and 2020, he says, 19 per cent of 138 other science prizes were won by women, compared to only 12 per cent of Nobels.

“If we factor in that no woman scientist received a science Nobel in 2021, then women’s share of the science Nobel prizes would drop further, to around 10 per cent in the past six years.”

Critics have also highlighted a lack of racial diversity among the recipients of science Nobels.

“The fact that white men are so radically over-represented among Nobel prize winners in science tells us in no uncertain terms that we, as a society, are missing out on a whole range of new ideas and discoveries that depend on a diversity of ideas and backgrounds,” says Johnson.